Documentary Showcase Casts an Enchanting Spell With 'The Fantasy Makers' 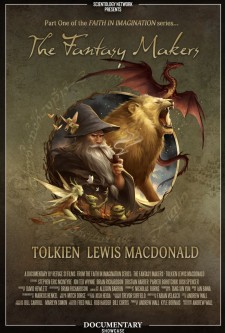 Directed by Andrew Wall, The Fantasy Makers is a fascinating adventure into the lives of literary legends: George MacDonald, J.R.R. Tolkien and C.S. Lewis, founding fathers of the fantasy genre. From George R.R. Martin to J.K. Rowling, their work still influences the genre to this day.

This film tells interweaving stories through historical reenactments and interviews with leading scholars. Through visits to Oxford and Cambridge, we see where Tolkien and Lewis spent their academic careers and the South England town that inspired George MacDonald to pioneer this new type of story. It is a film that fans of fantasy won't want to miss. For this is where hobbits, world-building wardrobes and magic sparkled to life in modern-day literature.

Director Andrew Wall stumbled into the world of documentary filmmaking through his part-time work making corporate videos. With a strong aptitude for editing and storytelling, he found work editing documentaries and reality TV series and went on to write and direct award-winning films. He founded Refuge 31 Films with the purpose of creating meaningful content to engage audiences with a message of strength and hope in the human experience.

Fundamental to Scientology is a humanitarian mission that extends to some 200 nations with programs for human rights, decency, literacy, morality, drug prevention and disaster relief. For this reason, the Scientology Network provides a platform for independent filmmakers who embrace a vision of building a better world.