Dmitriy Yakubovich is Running for Commissioner of Hallandale Beach Commission Seat 4. He Asks Residents to Vote for Him in the November 3rd Election.

Dmitry Yakubovich wants to bring fiscal responsibility, public safety, and infrastructure to the Hallandale Beach Commission, which he believes are all lacking under the administration of his opponent.

HALLANDALE BEACH, Fla., October 2, 2020 (Newswire.com) - ​​​​​​​​Dmitriy Yakubovich is a candidate for Commissioner of Hallandale Beach City Commission, Seat 4. He wants to bring reform to the Hallandale Beach City Commission. He is endorsed by the International Union of Police Associations, Hallandale Beach Officers and Sergeants Association, as well as the Firefighters and Paramedic Union, among other organizations listed here: http://www.dmitriy2020.com/endorsements/. He brings business acumen as an entrepreneur and a passion to cut unnecessary spending in the city's budget.

​Dmitriy desires to cut the costs of vendor contracts with the City by 10% across the board where possible and strengthen the finances of the City Commission for years to come.

I believe Hallandale Beach residents can be better served than they are today. There are issues that have been neglected for way too long and require immediate attention to resolve: The crime index is very concerning, the police department is severely understaffed, the visual appearance of the city has deteriorated, the infrastructure is inadequate and outdated, homelessness is on the rise, City Hall has constant personnel turnover, condo owners don't get adequate support and protection from the city against untrustworthy boards of directors, budget is in deficit.

Dmitriy, if elected, wants to enact condo reform to protect all condo owners and ensure transparency and accountability.

​Dmitriy is the pro-public safety candidate who wants to ensure the safety of Hallandale Beach, and that its first responders are honored and well-funded.

Dmitriy Yakubovich has been a Hallandale Beach resident since 2007​. He is the President of the Beach Club Condominium Association, the biggest community in Hallandale Beach, with a combined budget of around $20,000,000 and a population of between 4,000 to 6,000 residents.

Dmitriy led the fight against the incumbent administration. It was the opinion of some residents that the Beach Club Condo Association previous administration was in power for many years with nothing good to show for it. As a result of Dmitriy’s campaign and leadership, the property values have increased, the reserve funds have been restored, and a $20 million assessment was reversed.

​Dmitriy believes that "Business attitude is what the city needs to address many issues, including personnel turnover and budgetary deficiencies.​"

To request a Mail in Ballot (Vote By Mail) go to https://www.browardsoe.org/Voting-Methods/Vote-By-Mail-Voting.

Early voting times dates are October 19 Through November 1, from 7:00 a.m. to 7:00 p.m. ​https://www.browardsoe.org/Voting-Methods/Early-Voting-Dates-Hours-and-Sites 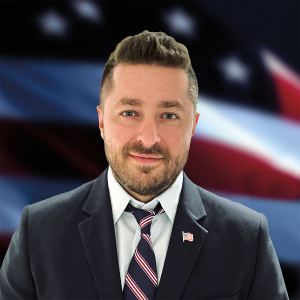