Diversity Marks Friendship Day at the Church of Scientology

'Many People, One Community' was the theme of the International Friendship Day celebration at the Church of Scientology Nashville. 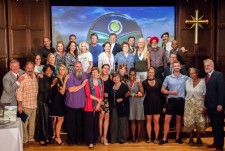 NASHVILLE, Tenn., August 14, 2018 (Newswire.com) - Diverse Nashville religious communities came together to celebrate the fourth annual Friendship Day Open House on the theme “Many People, One Community” at the Nashville Church of Scientology. The event featured The Way to Happiness, the common-sense moral code written by L. Ron Hubbard that contains precepts people of goodwill of any faith hold in common.

International Day of Friendship was established by the United Nations General Assembly in 2011 in the belief that “friendship between peoples, countries, cultures and individuals can inspire peace efforts and build bridges between communities.”

The Way to Happiness Association of Tennessee, which provides a community betterment program based on the precepts of The Way to Happiness, helped organize and host the event. The initiative is predicated on the principle that one’s survival depends on the survival of others and that without the survival of others, neither joy nor happiness is attainable. Several precepts in the book promote dialogue and friendship, among them: “Respect the Religious Beliefs of Others,” “Be Worthy of Trust” and “Try to Treat Others As You Would Want Them to Treat You.” At the event, these precepts were used as the basis for a discussion led by respected community leaders and participated in by those attending.

“By bringing people together for an open dialogue, we’ve been able to create new and lasting friendships among people who otherwise might never interact,” says Rev. Brian Fesler, pastor of the Nashville Church of Scientology. “It is inspiring to see so much happen in just a short amount of time.”

For more information on the Church of Scientology, its programs or upcoming events, visit scientology-ccnashville.org. 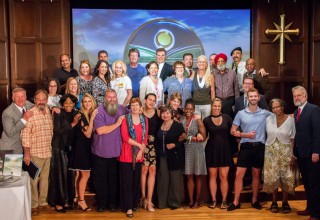 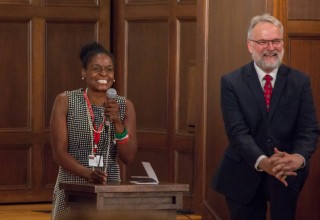