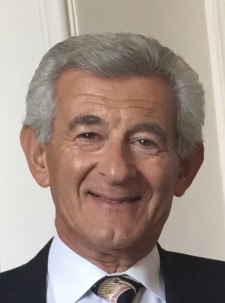 “Our nation is in need of an airline that not only makes air travel accessible to those previously unable to afford the high fares, but also ensures that customers are treated with respect and their consumer needs are met beyond expectations,” he said.

"Our nation is in need of an airline that not only makes air travel accessible to those previously unable to afford the high fares, but also ensures that customers are treated with respect and their consumer needs are met beyond expectations."

“To help offset the high cost of tickets, IBIS Airlines is creating revenue centers far beyond the existing industry standard marketing and advertising models. Our unique approach includes strategic commercial affiliations to create a powerful financial impact which will change the traditional airline model. This will enable IBIS to provide additional services with no additional charges, a welcome change from the now commonplace add-on fees of other airlines.”

Herman’s aviation background includes serving as Chairman and CEO of Global Aircraft Solutions, a publicly listed U.S. company. Under his leadership, the company acquired Hamilton Aerospace Technology and World Jet, and operated Global Aircraft Leasing in Tucson, AZ. Herman re-branded that organization as a reputable provider of large transport-category planes; along with aircraft maintenance, repair and overhaul, the company rapidly reached profitable status with $50 million in revenue. Previously in the U.K., Herman served as the Chairman and CEO of British World Airlines from 1988 to 1990, leading the restructuring of the sixth-largest airline within the European passenger and freight space. He also provided the feeder services, which helped expand Richard Branson’s Virgin Atlantic Airlines, and was instrumental in helping Federal Express come to Europe by supplying cargo planes for their delivery service throughout Europe.

As president of his own accounting firm in the U.K., Ian Herman specialized in consultancy and interim CEO and chairman services, rescuing financially distressed companies.  Concurrently, he served as Chairman and board member for the U.K. Department of Trade and Industry, London & South East Development Board, operating on behalf of the British government. He successfully recruited significant inward investment, and was recognized for his services to the country by the Queen of England at Buckingham Palace.

Named for a native Florida bird, IBIS Airlines is a privately held “low cost-high tech” airline company that is about to take flight nationally. The company plan is based on a disruptive and transformational business model that will fly high-capacity 747 jumbo jets between highly-populated U.S. cities. Innovative graphic marketing and utilization of unique targeted revenue centers will enable IBIS to offer the flying public deeply discounted fares while continuing to make quality customer service a top priority.

Business travelers will enjoy high-tech amenities in a comfortable, separately dedicated work zone; parents will find a kid-friendly space with family-friendly entertainment; and pet lovers will appreciate the comfort and safety provided in the special cabin for their furry friends. In addition, foodies will be able to preorder meals for delivery fresh onboard, and everyone can benefit from the significantly lower fares on all flights, with no hidden extras. All our airline passengers will “avoid mistreatment and get the IBIS treatment” with consideration and courtesy.

This release contains forward-looking statements, which are made pursuant to the safe harbor provisions of Section 27A of the Securities Act of 1933 and of Section 21E of the Securities Exchange Act of 1934. The forward-looking statements in this release do not constitute guarantees of future performance. Those statements involve a number of factors that could cause actual results to differ materially, including risks associated with changes and transitions in management personnel, the impact of the global economy and uncertainty in the airline spending environment, revenue growth and recognition of revenue, products and services, their development and distribution, service demand, economic and competitive factors, the Company’s key strategic relationships, as well as other risks detailed in the Company’s filings with the Securities and Exchange Commission. IBIS Airlines assumes no obligation to update any forward-looking information contained in this press release or with respect to the announcements described herein.

A disruptive model using the Very Low Cost carrier metrics that has been developed from the ground up for specific target markets.