Disruptive Dating App, Swivel, Launches To Break The Gamified Swiping Mold By Getting Users Off The App 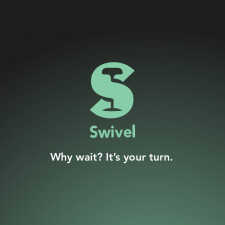 Founded in 2020 by CEO Kara Mashuta, Swivel launched with a party that attracted more than 500 people and received over 1,000 downloads the first weekend on the Apple App Store and Google Play. While other dating apps focus on interfacing on the app itself, Swivel's primary objective is to get users off the app as quickly as possible to meet up in real time. Swivel encourages users to meet while they are out through its IRL features, prioritizing users' locations, and providing insights into popular meeting spots.

Swivel does online dating differently. Within the app, a user can view their location on a map, check in to a venue, and match or send a drink offer to other users who are at the same venue or nearby. Compared to other dating apps, Swivel is sleek, refined, and dark. Beyond aesthetic reasons alone, Swivel's dark mode is discrete and unassuming when used in a dim bar or cocktail lounge. The iconic Swivel barstool, cheeky cocktail imagery, and send a drink offer feature reinforce Swivel as the app you associate not with swiping, but with going out, meeting connections, and having valuable IRL experiences. With a predominantly women-led team, Swivel is ushering in a new era of dating and leaving the common pains of online dating in the past.

"For years I struggled to meet people out at bars. On dating apps, I would spend hours swiping and messaging matches each week, only to become increasingly frustrated with the status quo," said Kara Mashuta, Founder and CEO of Swivel. "When I went out, I noticed many cute girls but didn't know if they were queer, let alone interested in striking up a conversation with me. I recognized the need to bridge the gap between online dating and meeting organically, not just for queer people, but for everyone and founded Swivel to do just that. Swivel couples the familiar user experience of dating apps with the desire to meet in person. I look forward to Swivel reigniting the authenticity, spontaneity, and fun of dating."

Rampant ghosting, catfishing, endless messaging, and unrealistic expectations plague the online dating world. 85% of online daters have reported being ghosted, Millennials are spending an average of 20 hours per week on dating apps, and 80% of people lie on their dating profiles. Despite these glaring statistics, more and more people are turning to dating platforms. Why? Most singles, especially young singles - Gen Zs and Millennials - feel stuck between two undesirable choices: meeting online or meeting IRL. With prearranged meetings and security behind a screen, the vulnerability and awkwardness of approaching someone organically can seem daunting, with 46% of people finding it difficult to approach someone. Online dating is increasingly becoming the norm and is arguably unavoidable when singles look to meet new partners, but with dissatisfaction in the current market far too high, users are ready for a new platform. 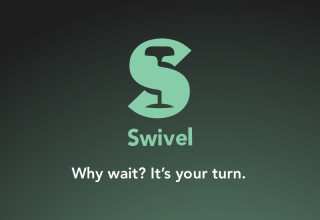 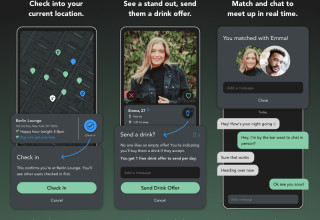