Edge of Reason acquired the book and life rights of a young captain who, during the course of his tour in war-torn Vietnam, pioneered the diagnosis and treatment of what is commonly known today as PTSD.

LOS ANGELES, November 6, 2019 (Newswire.com) - ​Scott McCullough was tapped to helm his first major feature, Captain for Dark Mornings – the book adaptation about Shad Meshad, the young psych officer (in 1970 Vietnam) who made it his life’s mission to address and codify the symptoms of what would come to be known as Post Traumatic Stress Disorder.

McCullough began his directing career as an early pioneer of music videos for artists like Prince. It was eventually McCullough’s hands-on approach and cinematic style that would grab the attention of Fortune 500 companies and make McCullough a trusted, recognizable name among the top tier of commercial directors.

Apart from McCullough’s award-winning commercial work and PSAs (Veteran Suicide Awareness, featuring Martin Sheen, among others), it was McCullough’s extensive narrative work with talent like Christopher Backus (Mindhunter), Patrick J. Adams (Suits), and multi-Emmy award-winning Michelle Stafford that he credits for his transition into features.

"Captain for Dark Mornings" is represented at 2019 American Film Market (AFM) with Lift-Off Global Network Limited.  urther information about Scott McCullough can be found at http://www.scottmccullough.com. 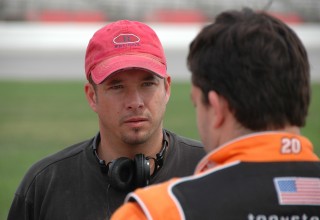 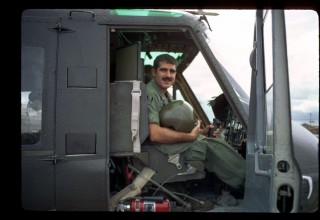 About Edge of Reason, LLC

We are a multi award-winning film/commercial production company specializing in high-end advertising, commercials, content and cinema projects. Edge of Reason exists in response to a need for flexibility and commitment to project integrity.