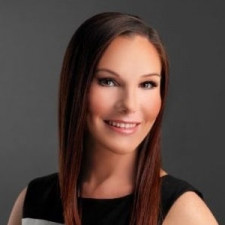 BOSTON, December 7, 2020 (Newswire.com) - Melissa Cooper, serial entrepreneur and real estate developer, recently received the high honor of placing 13th among the annual ranking of the 50 Fastest-Growing Women-Owned/Led Companies. This award was in recognition of her accomplishments as CEO of Phoenix Development, a Boston-based real estate development firm.

During a year where 25% of women-owned and other minority represented small businesses were forced to close, Ms. Cooper is honored to be recognized not only for experiencing steady revenue growth but also for increasing employment for other women and minority professionals.

"I am humbled by this honor and have sincere respect for my fellow award recipients and every other woman business owner," said Cooper. "Women and other Minority-owned businesses of all kinds and everywhere, we have been a critical part of both development and employment growth in the middle class," which Cooper agrees "powers the economy."

This is not Cooper's first downturn in business. In 2008, Cooper parlayed her experience to transition from a successful executive search career as a biotech headhunter to helping newly unemployed people return to the economy. She used her skill sets to help applicants prepare for interviews, assist with portfolio and other executive summary/resume writing, and other negotiations. Before her 30th birthday, her career services firm RezBiz had quickly scaled to employ over 500 workers and service 50,000 customers per year, when it was acquired in 2014 by the leading resume writing firm in the US, Talent Inc.

The 50th Fastest Award, co-sponsored by the Women Presidents' Organization and American Express, ranks companies by sales growth over several years. At age 37, Melissa Cooper is among one of the youngest award recipients, and at #13, one of the highest ranking this year, after being a finalist five years in a row.

According to Ms. Cooper, she doesn't plan on slowing down anytime soon. She still operates her consulting firm The JCC Companies, which serves as her group's umbrella for executive search and all other career-related ventures.

"I have a purpose, and I have a job to do here," said Cooper. "I want to employ as many underrepresented people as possible and continue growth in the private sector to eventually parlay both construction and career services into addressing both housing and career needs on a holistic level in underrepresented communities."

Cooper's NPO visions, if realized, would not be her first. Between and during her two careers in executive search and real estate development, Cooper established an official NPO with 501(c)(3) status, and used the vehicle to spend several years living in Southeast Asia doing work in various self-funded efforts.