ATLANTA, May 2, 2020 (Newswire.com) - DEVCON announced Chad Fowler to take the helm as Vice President of Technology.

Based in the mid-south, not far from DEVCON’s Memphis HQ, Chad will oversee product development & strategy leading the company’s roll-out of its new DevSecOps suite of SaaS Security tools and products. Chad’s rich background in UX and software development will play a key role in the company's focus on Product-Led Growth expansion.

“I’ve been a fan of Chad’s since 2017 when he became an advisor to the company and me. I’m thrilled to get the chance to collaborate and create together!” said Josh Summitt, co-founder & CTO at DEVCON.

Widely recognized as a transformative technology executive, Chad leaves Microsoft where he was the General Manager of Startups, to join the DEVCON team.

“The internet today is more important than we could have imagined it to be just a few months ago. I’m proud and excited to join a team on a mission to help the internet remain free and safe,” said Chad Fowler, when asked what made him invest, first as an angel and now as a technologist, in the future of DEVCON.

Chad has held many prominent leadership roles in technology. He was the CTO of Wunderlist, also known as 6Wunderkinder (which was acquired by Microsoft in 2015), he was SVP of Technology at Living Social and software architect & Six Sigma Blackbelt at General Electric.

Chad, a serial entrepreneur and venture partner at BlueYard Capital, has written several books on Ruby on Rails, served as a Director at Ruby Central and Founded the International Ruby Conference (RubyConf). His early years were marked by a successful career as an avant-garde jazz musician with several ensuing popular albums, including the Dopolarians 2019 release entitled “Garden Party.”

“Chad was an advisor and early angel investor to DEVCON and supporter from the beginning. I am beyond excited that Chad has decided to join the team in a permanent position. It’s going to make all the difference in the world to have his dedicated focus on product and user experience. I don’t know if anyone in cybersecurity has attempted to create the experience we are building. I think it’s going to transform the way enterprise security is bought and sold,” said Maggie Louie, Co-founder & CEO of DEVCON.

Chad Fowler, VP of Technology, DEVCON
Chad is a stellar technology leader who, for over 20 years, has driven growth for some of the world’s biggest companies, including Microsoft, General Electric and LivingSocial.

Founded in 2017, DEVCON is the global leader in JavaScript SECaaS / cybersecurity SaaS, AI-powered CI DevSecOps tools, protection for JavaScript, Third-Party Code and Client-side security. The company offers a wide range of products and services designed to protect modern freedom in the ever-connected world. 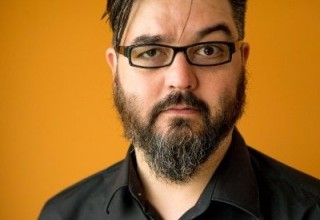