Desktop gambling is all but dead, the latest statistics provided by the online casino - MoneyReels.com shows that 85% of all gambling activity is now on Mobile. Data supplied is for period April-May2018. 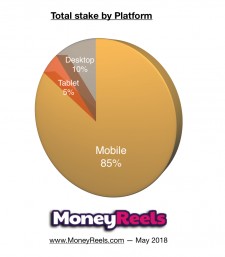 LONDON, May 24, 2018 (Newswire.com) - Online Gambling on Laptop PCs is dead - according to data from gaming website MoneyReels.com, mobile gaming now represents 85% of all gaming activity in May 2018.

It seems that the days of desktop gaming on laptops is officially over. Data show that in May 2018, 85% of all gaming activity occurred on a mobile device, with 5% on tablet and 10%* on a desktop laptop/PC.

It’s been a consistent trend for many years now towards mobile gaming and it seems that desktop is on the brink of being insignificant in terms of designing and developing real money slot games for the general gaming playerbase.

The move toward mobile gaming has been helped by the game developers themselves who have invested significant time, money and resources into transferring popular land casino titles online, and then to mobile. Almost every single game launch in the industry is released across all platforms to ensure maximum reach to players. Developers such as Eyecon have reinvented popular games launched over a decade ago such as Fluffy Favourites to be slick, modern and responsive across the latest devices.

This is good news for the industry as a move towards mobile gaming is a move away from bonus abuse and spam accounts favoured by the desktop forum players. Does this mean the end of desktop gaming? Let’s see who is brave enough to make the first move and go mobile only or app only.

This trend has also been complemented by the increase in screen size, power, graphics and resolution of the latest iOS and Android Phones. The iPhone X is the biggest screen size of any iPhone and it seems we will soon all be carrying around mini tablets in our pockets. Data released by MoneyReels.com today shows that Android is currently the most popular operating system with 55%, followed by iPhone on 29%, then Windows on 10% and the others on 6%.

According to this data if the trend continues it is likely that by the end of 2018 desktop gambling will be as important to developers as internet explorer currently is, simply an afterthought. Hopefully this will shock the industry addressing the disparity between the devices developers and marketers work on in the 9-5 jobs vs the devices that players actually use for online gambling.

The message is loud and clear - Go mobile first, or go home!

*Data obtained from analytics and gaming metrics for all players accessing the online slots website MoneyReels.com in the period of April-May2018. 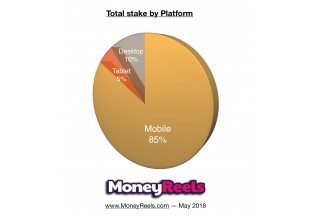 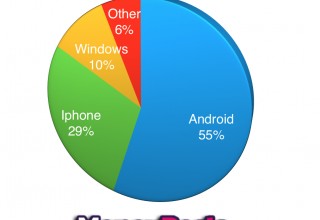 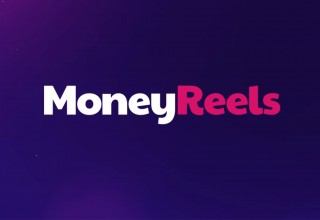