Tome Sans is a new "super family" intended for everyday use, by everyone. This initial release of Tome Sans has a Latin Plus character set and a complement of over 875 glyphs, supporting 224 languages including Vietnamese and Pinyin. Adding to its versatility, Tome Sans is a 20 font family featuring 10 weights ranging from ExtraThin to Black and their accompanying italic styles.

The Variable Font version of Tome Sans leverages the new font technology to include all 20 styles in a single font file and allows the option to use any custom instance (variations) between those 20 styles. "This is a huge benefit to website designers and developers since the file size is much smaller and it reduces the number of requests to a web server. Simply put: it means websites can have better typography and load faster," states Withrington, the owner of Delve Fonts and a Type Designer with 20 years of experience developing font software.

For its release, Tome Sans is given center stage in the debut of the new Delve Fonts website built by the team at Faculty Inc., a Boulder, Colorado-based award-winning web design and development firm.

Delve Withrington is the founder of Delve Fonts and a type designer with over two decades of experience developing fonts. He previously designed type at FontShop and Monotype. Withrington served as an officer on the board of directors for The Society of Typographic Aficionados (the organizers of TypeCon) for six years, founded the San Francisco chapter of Type Thursday in 2016, and has been a member of the Type Directors Club since 1997.

If you would like more information about this topic, please email news@delvefonts.com. 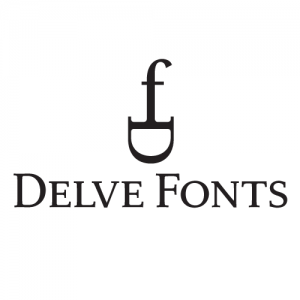