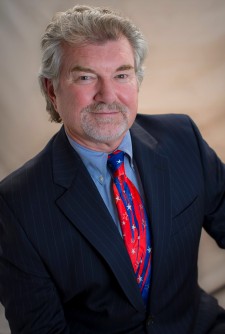 San Francisco, CA, May 15, 2017 (Newswire.com) - RegTech leader BIGcontrols, a SaaS solution for government incentives lifecycle management, is proud to announce that Del Kolbe, a former KPMG Partner and co-founder of Paradigm Tax Group, has been appointed to the BIGcontrols Advisory Board.

Mr. Kolbe has a proven track record of leadership with industry-leading companies as well as an in-depth knowledge of corporate tax incentives. In addition to having a deep understanding of the corporate challenges of the present, he also has been a visionary of how to anticipate future needs created by changes in governmental policy. Mr. Kolbe’s experience will provide additional direction for the company’s strategic growth.

Mr. Kolbe’s career, which has spanned over 40 years, has blended his tax and compliance expertise with an entrepreneurial know-how. He served as a Regional Vice President of Real Estate Tax Services, was a founder and former Chairman of the California Alliance Taxpayer Advocates, and was a General Partner for Artesia Inc. Mr. Kolbe joined KPMG as a Partner in their property tax practice, where he played a leadership role until 2004.

In 2004, Mr. Kolbe, along with two other KPMG partners, acquired the National Property Tax Practice, now Paradigm Tax Group. Over the next nine years, they built this independent property tax consulting firm into a nationwide enterprise with over 30 offices, and then sold the company through two transactions in 2011 and 2013.

Mr. Kolbe is a graduate of Texas State University and a Veteran of the United States Air Force, where he served from 1972-1976.

Mr. Kolbe recently founded the Kolbe Family Foundation to support philanthropic causes important to him, and serves as the Managing Director.

“I'm honored to welcome Del onto our Advisory Board,” said Scott Nelson, Founder & CEO of BIGcontrols. “As a former Partner and mentor of mine at KPMG who then co-founded and built a leading tax firm, he has been an inspiration both personally and professionally. I’m very excited about the insight and technical acumen that Del will help us bring to our customer base.”

BIGcontrols helps corporations save millions of dollars by automating the tracking, reporting, and compliance management for their government incentives.