Iconic Gathering of the Top Black Female Founders in America 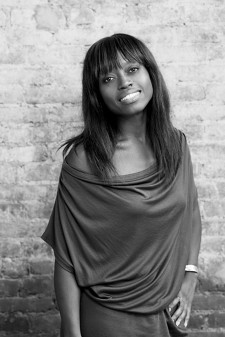 Black women are creating businesses at a rate 15 times the national average, yet they receive a meager portion of available investment capital. Of the $85 billion in venture capital invested in 2017, just 2.2% went to women, with black women less than 1% of that total. Additionally, though the average investment in a typical business startup is nearly $1 million, for women and minority-owned businesses, that drops to just $213,000 and $185,000, respectively.

WIE Network founder Dee Poku, who is spearheading Black Women Raise, said: “I launched this program for a couple of reasons. The first was actually to reframe the conversation around black female founders. Yes, we encounter barriers, but despite that, we are strongly innovating in our fields and building incredible businesses that compete comfortably in the marketplace. And secondly, I wanted to build the type of strong community and network around this group that other founders get to take for granted.”

Black Women Raise is supported by Twenty65, NBC Universal, SVB Bank and All Raise with media partner Forbes Women. Other supporters include Rich Talent Group and UFCG. The event takes place at NBC Studios, Rockefeller Center on January 11th, from 11.30am to 6pm.

Dee Poku is a social entrepreneur who has dedicated her life to being an advocate and champion for women in the workplace.