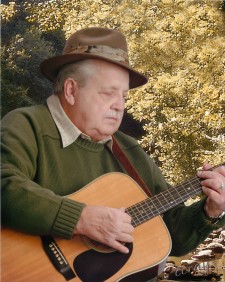 FLAT ROCK, Mich., July 27, 2018 (Newswire.com) - The bluegrass music community is saddened by the death of Pete Goble, who passed away on July 25 at the age of 86, with his loving family by his side.

A respected songwriter and singer, Pete was honored to have his songs, most co-written with his longtime friend and collaborator, Leroy Drumm, performed by a variety of top bluegrass artists, including Alison Krauss, The Bluegrass Cardinals, The Country Gentlemen, Dailey and Vincent, Doyle Lawson & Quicksilver, Glen Campbell, Hot Rize, Jimmy Martin, Larry Sparks, The Osbourne Brothers, Rhonda Vincent, and 111rd Tyme Out, among others. Their songs have become bluegrass music standards worldwide.

Pete was the proud recipient of several industry awards, including the IBMA Song of the Year award (1991), SPBGMA Song Writer of the Year award (1997), IBMA Distinguished Achievement Award (2002), and the SE Michigan BGMA Hall of Honor Award (2017). Artist Tim O’Brien won a Grammy (2006) for Traditional Folk Album “Fiddler’s Green.” The title track was co-written by Pete and Leroy Drumm. Pete was included in the Pioneers of Bluegrass Exhibit of the Bluegrass Music Hall of Fame & Museum.

Pete is survived by his wife, Beulah, and his children.