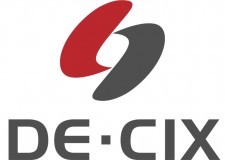 “Being the first Internet exchange of its kind in the Dallas market, we anticipate strong demand from content networks, Internet service providers, regional ISPs and enterprise customers,” notes Ed d’Agostino, vice president, DE-CIX North America Inc. “Our initial research shows that there is tremendous need for a neutral Internet exchange that provides access at data centers throughout the area, thus providing a reliable, quality interconnection and peering point to a broader segment of the market.”

Throughout the US, and certainly in the Dallas area, there is an increasing need for reliable interconnection platforms as a result of the growing consumer demand for clear VOIP, and services like video, gaming and cloud.

DE-CIX is located at Infomart, the main carrier hotel in Dallas, located at 1950 Stemmons Freeway. This location offers the highest density of data centers, carriers and ISPs.   DE- CIX will provide peering exchange services throughout this community and, ultimately, to an even larger community of networks and data centers beyond 1950 Stemmons.

Peering is used for important data traffic, providing a reduced latency (faster speeds) and an enhanced end-user experience. On DE-CIX platforms partners can exchange traffic with their most important destinations via Layer 2 connectivity and connect to hundreds of networks instantly with just one port.

Strategically located in the heart of the US, Dallas is the center of an extensive telecommunications network and a vital juncture for many networks and cable systems. Yet, while it is a leading mobile market and a burgeoning market for video streaming, its interconnection platforms have lagged behind.

The benefit of a carrier and data center-neutral Internet exchange lies in its reach to all major data centers facilities in a metro market. The DE-CIX model spans a full spectrum of providers and users. Value is far greater – and faster – with providers and networks as part of one ecosystem delivering the shortest and safest paths possible. Neutrality and broad access provide peering and interconnection opportunities enabling networks to realize exponential growth.