Romero Britto's NFT with DCB World launched its latest utility during the Twitter Space. The "888 Draw" guarantees 33 ETH to 3 winners whenever 888 NFT tickets are minted. 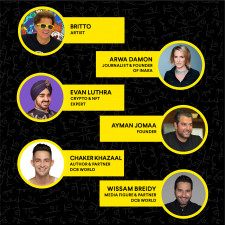 MIAMI, April 23, 2022 (Newswire.com) - The team behind DCB World — a limited-edition original art NFT created by the most licensed artist in history, Romero Britto — hosted its first Twitter Space to announce its new utility, the "888 Draw." This new format will guarantee a winner for every draw, triggered when 888 tickets are minted, ensuring 33 ETH for three lucky holders.

The Space was attended by Britto, along with several members of the DCB World team, including serial tech entrepreneur Ayman Jomaa, Founder of DCB, Arwa Damon, a renowned journalist for CNN and founder of INARA, the charity benefiting from proceeds of the NFT collection sales, whose valuable work helps to improve the lives of children impacted by conflict. Other attendees included partners of DCB World Chaker Khazaal, Author, Wissam Breidy, a prominent media figure, and Evan Luthra, a star in the crypto and NFT world. Dana Al Fardan, the first female Qatari composer and prominent figure in the Arab music scene also joined the space to engage with the conversation.

Britto's DCB NFT is an original artwork that is elevated by the addition of the gaming dimension that DCB World made possible with full transparency thanks to the technology of Chainlink, the most widely used oracle network for powering hybrid smart contracts. During the Space discussion, Britto expressed his admiration for this NFT collection which he believes reflects the pillars of his art: dreams, happiness, and giving back to the community.

Jomaa, whose passion for innovation led him to become one of the first investors in the metaverse with projects like Mojo Lens, the world's first true smart contact lens, elaborated on the project further: "The NFT serves as a ticket that holds a unique number, allowing its owner to enter a lifetime weekly draw for prize money. This makes it the first non-fungible ticket that never expires. For eternity." Breidy added to his comments that the project will give holders different utilities, such as the access to exclusive play to earn games.

The team also announced that all early holders will receive free DCB tokens. This unique ticket promises access to exclusive events in real life and in the metaverse. Holders of this NFT also have the option to order a physical version of their virtual art.

Other announcements took place during the conversation, including an exclusive benefit for holders of the NFTs from Al Fardan. The 1,000,000th DCB X Britto NFT will be auctioned, revealing an exclusive song by the renowned composer.

For those interested in the work done by INARA, Khazaal also announced during the Space that the first surgery for a child, funded by proceeds from DCB World, will take place soon. This life-saving procedure will be completed thanks to the people who already purchased the NFT. "I can't be more grateful to all of you; partners, holders, and this awesome community," said Damon who is herself new to the NFT and Web 3.0 world. 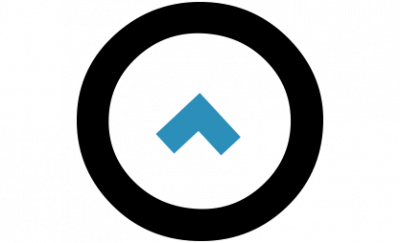 Duggal Visual Solutions Plants 10,000 Trees in the US This Year With the Million Tree Challenge
OBCIDO Inc. - Jun 20, 2022

LEGION X NFT: Redefining the Play-to-Earn Experience Through the Galaxies
OBCIDO Inc. - May 13, 2022