The Institute, which will be under the auspices of TraCCC, will become a globally-recognized, multi-disciplinary, cross-sectoral hub for excellence in education, knowledge, research, innovation, and training on the complex dimensions related to today’s cross-border illicit trade. The Institute also will focus on illicit trade and related security threats that harm governments, markets, industries, communities, and citizens.

Today’s global illicit markets generate several trillion dollars every year for transnational criminal organizations, complicit corrupt facilitators, and other threat networks. The types of criminal activities involved include the trafficking of narcotics, arms, humans, fake medicines and other counterfeit and pirated goods, illegal tobacco and alcohol; illegally-harvested timber, wildlife, and fish; pillaged oil, diamonds, gold, and other natural resources and precious minerals; stolen antiquities; and other contraband or illicit commodities that have value and are sold on our main streets, social media, online marketplaces, and the dark web.

Beginning in 2020, the AITI will include a core of anti-illicit trade executive-tailored courses and online instruction related to developing effective strategies for fighting illicit markets; investigating and prosecuting illicit trade (the importance of intelligence – and information-sharing across borders); targeting webs of corruption and criminality by following the money and “value” (money-laundering/trade-based money-laundering); tackling cybercrime and dismantling online markets related to Intellectual Property (IP) crime including counterfeit and pirated goods; and other important anti-crime and criminal justice areas.

The AITI will be spearheaded by Louise I. Shelley, the Omer L. and Nancy Hirst Endowed Chair and a University Professor at George Mason University, and David M. Luna, a former senior U.S. diplomat and national security official, who is the President and CEO of Luna Global Networks.

Shelley is the founder and Director of the Terrorism, Transnational Crime and Corruption Center.

“Professor Shelley and TraCCC continue to be respected pioneers within academia and across the international community through their cutting-edge research and professional instruction to address today’s transnational security threats, as well as playing a vital role in educating future national security leaders and champions of the rule of law, transparency, and good governance,” said Mark J. Rozell, Dean of the Schar School. “We are also grateful that David Luna will be leading our AITI and helping to anchor it as a globally-recognized hub for knowledge, action, and partnerships to fight illicit trade and converging threats.”

“Dark Commerce has grown in scale and its harm through its rapid expansion in cyberspace and social media,” said Shelley. “Its growth threatens the sustainability of life on the planet.”

“The illegal economy poses an existential threat to all communities when it begins to create criminalized markets and captured states,” said Luna. “We must harness market intelligence and smarter strategies to help governments and the private sector combat the lethal nexus of illicit trade and threat networks.

“I am honored to join Dr. Shelley and TraCCC’s AITI to help communities better tackle today’s dark commerce and to support cross-sectoral partners on innovative ways to shut down the illegal economy, put criminal entrepreneurs out of business, and enhance integrity across global supply chains.”

George Mason University is Virginia’s largest public research university. Located near Washington, D.C., Mason enrolls 38,000 students from 130 countries and 50 states. It is a Tier I research university. Mason has grown rapidly since its founding a half-century ago and is recognized for its innovation and entrepreneurship, remarkable diversity, and commitment to accessibility. Learn more at gmu.edu.

The Schar School of Policy and Government is one of the 10 schools and colleges of George Mason University with approximately 2,000 students, 90 full-time faculty members, and 13 degree programs offered on Mason’s campuses in Fairfax and Arlington, Va. Among the degree programs are government and international politics, public policy, public administration, international security, and international commerce and policy. The Schar School prepares undergraduate and graduate students to be leaders and managers who solve problems and advance the public good in all sectors and levels of government—in the United States and throughout the world. Learn more at schar.gmu.edu.

About the Terrorism, Transnational Crime and Corruption Center

The Terrorism, Transnational Crime and Corruption Center (TraCCC) at the Schar School is the first center in the United States devoted to understanding the links among terrorism, transnational crime and corruption, and to teach, research, train, and help formulate policy on these critical issues. TraCCC accomplishes its mission through in-house research, sponsoring conferences and seminars, and international research partnerships. TraCCC’s research is disseminated to the public through conferences, TraCCC’s book series and publications, and TraCCC’s website, traccc.gmu.edu.

Luna Global Networks is an international security consultancy well-positioned to help businesses, international organizations, and NGOs tackle among the most pressing illicit trade and governance challenges and related security threats across borders, markets, and industries through convergence strategies and tactical plans that target an illicit threat environment more holistically; net-centric partnerships (a network of networks) that harness collective action through strategic alliances; and the designing of pragmatic training to counter illicit trade, leveraging of innovative net-centric capabilities, and the harnessing of transformative technologies that help produce greater results and more enduring solutions. 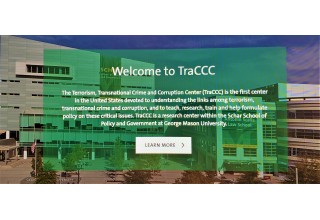 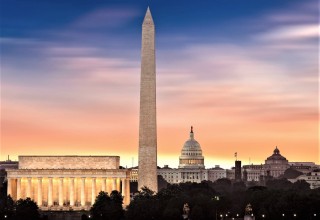 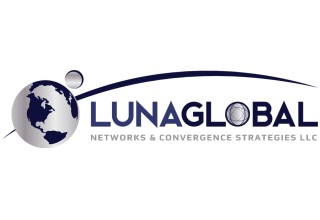