OJAI, Calif., March 22, 2021 (Newswire.com) - Narconon Ojai celebrated a milestone anniversary of the Narconon Program with a gathering of staff and supporters featuring a lecture by the international best-selling author Darren Prince. Prince, a prominent sports and celebrity agent, wrote about his own struggles with addiction in his memoir Aiming High. After his battle with addiction, while representing some of the most iconic figures in the world, Prince has become a global advocate of addiction recovery.

The 55th-anniversary celebration of the Narconon Program provided a unique opportunity for staff and supporters to gain further insight into a problem that Narconon has been dedicated to bringing to an end. In its 55 years, tens of thousands of individuals have been helped by the program to lead drug-free lives and to rejoin their families and loved ones.

At the gathering, Prince shared his personal story and his mission to help others avoid and break free from addiction. He encouraged and inspired the participants to set an example of living drug free. He spoke of his work with high-profile clients and his journey of recovery. Prince ended by thanking the staff of Narconon Ojai stating, "I'm impressed by the service at this facility and the program's natural approach to getting someone off drugs."

"I'm impressed by the service at this facility and the program's natural approach to getting someone off drugs."

Prince held a special book signing for those in attendance. His empowering message of hope and liberation in turn was inspiring to the staff and program participants at Narconon Ojai.

Fabian Padro, Executive Director of Narconon Ojai, wrapped up this special celebration with these words, "It is an honor to have Mr. Prince speak on this historic day, celebrating the 55th anniversary of the Narconon program. Narconon Ojai is proud to be part of a legacy spanning over half a century of success and positive results. There is nothing more rewarding than helping a person recover and reunite with their family."

Narconon Ojai is committed to creating a safe and empowering space for professionals and leaders who need help to break free from the chains of addiction. The holistic program is tailor-made for participants so they can regain their balance and make a new beginning. The program begins with repairing the body from the ravages of drugs and toxins. There is a focus on communication and life skills to handle situations that may arise in life and how to handle them. Each client receives one on one personal care, helping them through every step of the program so they can create a healthy and productive life free of addiction.

Step inside the doors of Narconon Ojai, and you enter an environment dedicated to one thing: helping people overcome addiction for good. 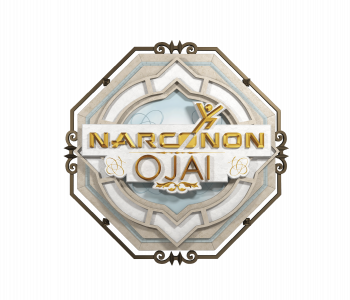