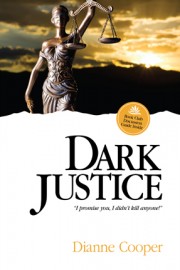 Atlanta, GA, November 25, 2015 (Newswire.com) - Dark Justice (October, 2015) written by Dianne Cooper is a dark, gritty and heartbreakingly honest account of one woman's journey through the Federal Penitentiary system.  While continuously proclaiming her innocence, Cooper is manipulated by both the judicial system and street code honor to play by the rules, which leads to a forty year prison sentence. Having never been arrested before, Cooper was sentenced as a career criminal. She watched as those who had committed murder and other heinous crimes serve their sentences and be released.

Says Magnus, who awarded a five star rating for Cooper's non-fiction work, "Dianne Cooper’s nonfiction true crime memoir, Dark Justice, is a chilling look at the vagaries of a justice system that rewards lies and false testimony in the pursuit of prosecutorial goals, and treats those caught within its machinery in a dehumanizing and heartless manner. The author’s story is told with honesty and candor, and I cringed each time I saw her legal rights trampled and her life impacted even more severely. While newspapers often contain stories about innocent people getting lost in the system for years, Dark Justice brings a face and a life and a family into the equation and makes the injustice hit home in a personal and penetrating manner."

Written in the author's own street-wise voice, Dark Justice is the first in a series that walks the reader through the painful experience of leaving children and family behind to begin a journey that will change her life forever.

Available on www.wildivypublishing.com, AALBC.com, Amazon, Good Reads and wherever books are sold. 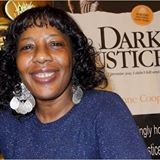