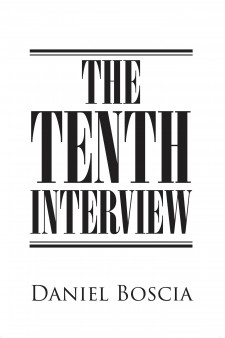 PITTSBURGH, November 17, 2020 (Newswire.com) - Daniel Boscia, a father and grandfather who graduated from Pennsylvania State University in 1988, has completed his most recent book "The Tenth Interview": a rip-roaring story about a psychologist who is tasked to observe an incarcerated serial killer and learn from his mind to catch a new threat.

Daniel writes, "Samantha Davis is a psychologist and summa cum laude from the University of Pennsylvania. She is a publisher of eight books on the psychology of serial killers and their motivations. Sam has just been contracted by the FBI to conduct a series of ten interviews with convicted serial killer, Robert 'The Barber' Green. While conducting these interviews, another suspected serial killer is on the loose. Robert Green may hold the secret to the identity of this second killer. Sam, while trying to figure out what makes Robert tick to use in her new book, is also trying to find out what Robert knows about the new killer. A dynamic and sometimes-confrontational relationship develops between Sam and Robert, which forces her to discover things about herself she never imagined. An exciting psychological thriller which will leave you guessing until the end."

Published by Fulton Books, Daniel Boscia's book shows the dangers of treading in unknown knowledge that can twist the mind and tempt it to the darkness that lurks beneath humanity.

Witness the prolific psychologist Samantha Davis's attempts to understand the mind of a serial killer to uncover and catch a new murderer's identity.

Readers who wish to experience this suspenseful work can purchase "The Tenth Interview" at bookstores everywhere or online at the Apple iTunes Store, Amazon, Google Play, or Barnes & Noble.

Georgia Young-Moore's New Book 'Through the Storm' is an Enthralling Novel That Aims to Provide Hope to the Readers No Matter What They Are Going Through in Life
Fulton Books - Jan 7, 2021