Cupping Therapy Takes the Lead in the 2016 Olympics 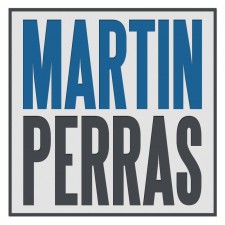 “There has been some science explaining how it helps with pain and helps the body recover by generating more rich blood flow to targeted areas,” said Martin. Cupping therapy has been used in traditional Chinese medicine for longer than the Olympics have been around, but it received a recent surge in popularity thanks to the appearance of the tell-tale purple dots on Olympic swimming superstar Michael Phelps’ shoulders.

There has been some science explaining how it helps with pain and helps the body recover by generating more rich blood flow to targeted areas.

Martin Perras has been performing cupping therapy at his clinic, Oaktree Health, to treat a number of physical and mental ailments for the past 7 years and swears by the practice. His wife, Emilie, agrees and points out that she turns to cupping therapy the minute she starts feeling any sort of pain or discomfort, including an oncoming cold or flu.

With a growing number of Olympians practicing this ancient therapy, interest is growing. Though cupping therapy is versatile and generally painless, it might not be for everyone: “Like any treatment, there has to be an assessment and a prior understanding about what will be treated,” said Martin.

SEO TWIST, "The Web Intelligence Strategy Team," is a full-service, results-driven digital marketing agency. Our goal is to build your online presence and your bottom line. Call us for a free initial consultation.

Shelter Volunteer Fights Stigma Around Homelessness With Hashtag Campaign
The #ICouldHaveBeenHomeless challenge is a grassroots initiative to raise awareness around homelessness and end the stigma around those who experience homelessness in the first place.
SEO TWIST - Mar 3, 2017