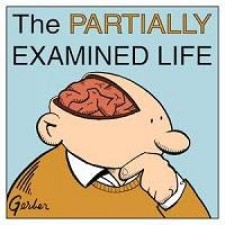 AUSTIN, Texas, March 6, 2019 (Newswire.com) - With more than 27 million downloads since its inception, The Partially Examined Life Philosophy Podcast will mark its 10 year anniversary with a public discussion of Aldous Huxley's iconic novel Brave New World at Manhattan's Caveat on April 6, 2019.

What started as an irreverent reading group where ex-graduate students talk through classic texts has grown into a minor cultural phenomenon: a critical forum for current philosophical giants like Francis Fukuyama, Peter Singer, and Martha Nussbaum, and a place for where Hollywood veterans like Dr. Drew, Lucy Lawless, and Paul Provenza come to flex their neurons (and sometimes act in audioplays).

The Partially Examined Life blurs the boundary between education and entertainment, and not in the way you think: This is not a matter of reducing texts to dumbed down summaries. Figures like Nietzsche, Plato, Sartre, Wittgenstein and Thoreau are grappled in their awful, often laughable complexity, and the four mainstays (Mark, Wes, Seth, and Dylan, sometimes with a guest) argue over what a sentence means, whether some idea ultimately makes any sense, and whether any of this matters to our lives. The fellas take on relativism, scientism, new atheism, existentialism, libertarianism, feminism, Marxism, Stoicism, psychoanalysis, race theory, and just about every other intellectual trend you've wondered whether you should be taking more seriously.

Part graduate seminar, but much more the brawl-over-beers-after-seminar, PEL doesn't just educate: it draws you into a profoundly weird world in a way that an online course simply can't. If you have ever thought yourself into a corner, wondered if we're living in the matrix, or even just stared at your navel, you owe it to yourself to jump straight into the deep end of this pool. As one listener described it, “I've tried many different podcasts over the years, and this isn't just the best podcast I've heard, but it's the most interesting thing I've found on the internet, period.”

For more information, visit partiallyexaminedlife.com, or check out the recent Q&A with co-host Mark Linsenmayer by The Philosopher’s Magazine. Mark has written about his work for the APA blog, Legacy Arts, OpenCulture, and has appeared on the Dr. Drew, Srsly Wrong, Panpsycast, and Constellary Tales podcasts, among others. He also hosts the Nakedly Examined Music podcast, where he interviews songwriters in a unique format that gets into the details of their creative decision-making.

Mark, Wes, Seth, and Dylan are available to talk about the podcast, and welcome your coverage of the 10th Anniversary PEL Show, which will be live-streamed as well as posted as both a podcast episode and on video. Previous PEL Live events can be viewed at https://www.youtube.com/thepartiallyexaminedlife. 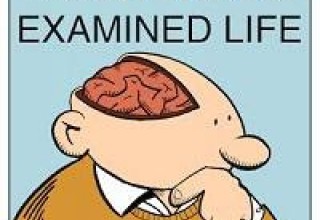 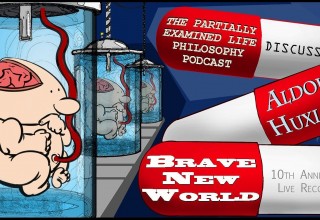