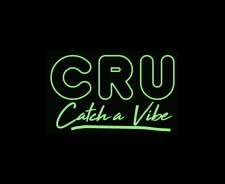 CRU has proven itself to be a lucrative concept by combining hookah with a CBD element in a casual dining lounge," says owner Dennis McKinley. "We have also been well-positioned and primed for aggressive franchise growth strategy for quite some time."

The startup investment for a CRU Hemp Lounge starts at $150,000, excluding the liquor license.

Due to the high amount of COVID-19 closures, the company is currently taking advantage of all the available locations that are already unfitted and is able to open stores 90 days from signing leases.

When cannabis becomes legal nationally, the company is positioning itself to be a major brand name throughout the United States with an established V.I.P. customer base already in place.

For more general information or to set up any interviews or features, please contact Lamont Johnson at Lamont@ArtDepartmentPR.com or via phone at 305.219.2242.