Paradise, a Town of Sinners & Saints, combines the comedic sensibility of National Lampoon with toe-tapping tunes to create an entertaining, sinfully funny and memorable musical.

LOS ANGELES, October 4, 2022 (Newswire.com) - After earning critical and audience acclaim during three successful runs spread between Los Angeles and Austin, Texas, Paradise The Movie, LLC announces that the bluegrass musical Paradise, a Town of Sinners & Saints has been transformed into a high-quality cinematic experience.

Paradise, a Town of Sinners & Saints is a collaboration between writer/producers Tom Sage and Bill Robertson, both alumni of National Lampoon Magazine, and composer/lyricist/musical director Cliff Wagner, who found national fame when he and his band The Old #7 ("Hobo's Lullaby") performed on Fox's The Next Great American Band.

Drawing comparisons to Book of Mormon, Avenue Q, and Once, among other musicals, Paradise, a Town of Sinners & Saints is a bluegrass musical comedy where good and evil fight for the soul of a dried-up coal mining town. The stage production was described by Austin 360 as "Simultaneously smart, funny and pointedly critical of the hypocrisies of much of our current culture," while the Santa Monica Daily Press declared, "It's a foot-stomping, hilarious, naughty musical that will leave you smiling throughout."

Regarding the music, Jesse Griffith offered the following rave on Broadway World Austin:

"The book is chock-full of clever one-liners and each character has at least one song with which to showcase their talents. One of the complaints I've heard from those who claim they don't like musicals is that the songs are too long. Not so with Paradise. They are just right and skillfully placed to help further the plot. All in all, Paradise is a thoroughly entertaining show with something for everyone. Musicals this charming just can't be beat."

Paradise, a Town of Sinners & Saints, which stars Mary Sarah, a finalist on The Voice, as well as Diane Delano (Me Time), Raquel Castro (Jersey Girl), Dave Florek (NCIS), Jon Root (Avenue Q), Casey Ford Alexander (Dopesick) Edward Singletary Jr. (American Crime Story) and Eric Casalini (88). It was directed by Justin Ward, co-writer/director of The Meanest Man in Texas and writer/director/producer of Relish. The latter film recently won Best Feature Film and Best Original Screenplay at the Madrid International Film Festival, and Ward is currently in post-production on his latest film, The Furry Fortune, which has already found distribution. Working behind the scenes on Paradise is producer Brad Wilson, whose 11-year alliance with Oscar-winning actor Robert Duvall led the two gentlemen to collaborate on 18 films together, including Colors and Days of Thunder.

"With the help of Justin and Brad, we were able to take a successful stage production and create a low-budget feature film so we could reach more people with our toe-tapping, crazy funny, musical," said Sage and Robertson. "It's an irreverent, heartfelt bluegrass comedy that brings everyone together."

Paradise, a Town of Sinners & Saints is currently in post-production, with a release date still TBD. For more information as the film works its way toward theaters, visit the official website or follow the musical on its various social media platforms: Facebook, Instagram and Twitter.

The stage productions were produced by Kevin & Geric Frost, along with the Ruskin Group Theatre.

Boilerplate:
Tom Sage, Bill Robertson, Cliff Wagner and Justin Ward are a group of creatives who strive to reach as many people as possible with edgy, thought-provoking material made into high-quality productions. Their film collaboration, Paradise, a Town of Sinners & Saints, is a bluegrass musical comedy in the tradition of Book of Mormon, Avenue Q, and Once, about the fight between good and evil for the soul of a dried-up coal mining town. Writers Sage and Robertson imbue the film with the comedic talents they developed at National Lampoon and in movie scripts for Lifetime network and other productions, while Wagner, the Mississippi-born composer, lyricist and musical director, is nationally known for a deep run on FOX TVs "The Next Great American Band" and his Americana album Hobo's Lullaby, which charted in the United States and Europe. Ward, the director, has worked under Robert Redford, Terrence Malick and Norman Jewison. Ward's films "The Meanest Man In Texas" and "Relish," have won dozens of awards, including Best Feature Film and Best Original Screenplay at the Madrid  International Film Festival, and Best Drama Feature at the Burbank International Film Festival. Paradise, a Town of Sinners & Saints is now in post-production and is expected to be released in 2023. 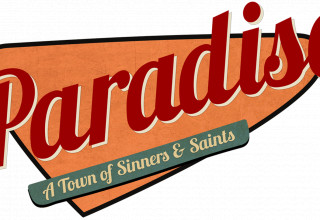 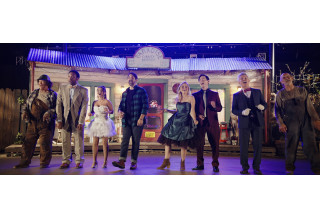 Paradise the Movie, LLC Turns Their Stage Musical Into a Feature Film
LA's bluegrass musical comedy 'Paradise, a Town of Sinners & Saints' crosses over from stage to screen
Paradise the Movie LLC - Nov 2, 2021