Can your country's tax laws help you find wedded bliss? 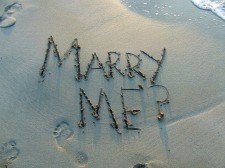 DURHAM, N.C., February 28, 2018 (Newswire.com) - They don't usually top the list of reasons to get married, but tax bonuses are a real perk for many newlyweds. New research shows, however, that they could actually stop a couple from getting married. The findings were published by an international team of researchers hailing from the University of Augsburg in Germany, the University of Toulouse Capitole in France, and the University of Bologna in Italy. Using game theory, they've concluded that couples who stand to gain a tax incentive from marriage are - perhaps surprisingly - less likely to wed.

The team modeled the fate of a fictitious couple - Sam and Robin - under two different scenarios: whether their marriage boosted their earnings thanks to a tax bonus or came at the cost of a tax penalty. Surprisingly, they found that a tax bonus could actually lower the probability that the couple gets married.

A marriage proposal, on the other hand, entails costs - for example, Sam has to spend the time to plan the proposal and is exposed to the potential cost of divorce. Only a strongly-in-love partner is willing to pay these costs.

Just why would the chance to bring in extra cash potentially lead to an "I don't"? The answer may come down to a matter of motive.

A tax liability can affect the communication of strong love by changing the costs associated with marriage, according to the researchers. "A simple 'I love you' doesn't cost anything and is therefore not credible for Robin," says Kerstin Roeder, one of the investigators for the work. "A marriage proposal, on the other hand, entails costs - for example, Sam has to spend the time to plan the proposal, and is exposed to the potential cost of divorce. Only a strongly-in-love partner is willing to pay these costs."

And tax penalties add to the cost, signaling to Robin that Sam's eagerness to get married comes only from a place of true love.

The model's predictions help reveal the effects that a tax system can have on the marriage decision, which could have important repercussions for how tax policy is designed. "Our analysis shows that tax (dis)incentives for marriage can have strong implications on the number of marriages," Roeder says, "and on whether they are based on love or tax benefits." 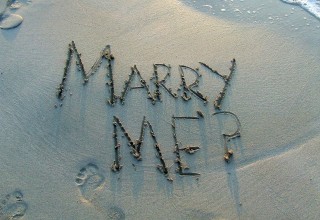 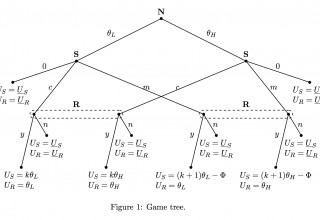