Couples Who Divorce Online Believe Decision Made Them Better Parents

CARDIFF, Wales, February 22, 2018 (Newswire.com) - Couples who use online divorce services believe that they become better parents after their marriages had ended, a study reveals.

Quickie Divorce, who provide low-cost alternatives to solicitors and have assisted more than 150,000 clients, polled 100 former customers whose divorce petitions referenced children and were completed prior to April 2014, asking them a series of questions designed to gauge how they felt both they and their former spouse have performed as parents following their divorce.

Their findings were overwhelmingly positive with 83 respondents informing them that they believed that both they and their former spouse had become better parents after getting divorced. Numerous respondents reported that they found it easier to empathise with their former spouses and that this made it easier to create arrangements that benefited both parties and their children.

In addition, 73 respondents informed Quickie Divorce that they believed that their children were much happier than they had been prior to their divorce, with 59 of these respondents attributing this to regular contact with both parents and structured routines providing their children with stability and a sense of security.

A spokesperson for the company added “we’ve always claimed that our non-confrontational and straightforward approach to divorce will have a positive impact on all parties and this study is clear proof that this is the case.

“There’s no doubt that, following a divorce, the emotional well-being of any child will be affected by how well their parents transition to new dynamics. Parents who adjust effectively and that maintain civil relationships with their former spouses are likely to create arrangements that help their children to feel safe and secure, whereas parents that harbour negative feelings for one another are likely to struggle to compromise and create suitable arrangements. This, in turn, leaves their children feeling uncertain and unsupported which is likely to have a negative long-term impact on their self-esteem.”

Quickie Divorce is one of the UK’s largest providers of divorce solutions and has, to date, helped more than 150,000 people to obtain divorces, saving them an average of almost £600 in solicitor’s fees in the process. 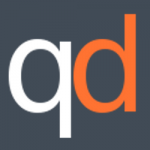