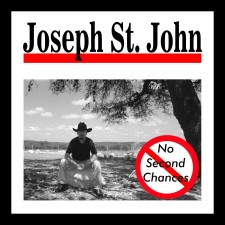 On his 2018 debut EP titled “No Second Chances,” Joseph St. John shows what one person can accomplish with focused vision and relentless persistence. All songs, lyrics and music on the "No Second Chances" EP were written by Joseph St. John (JStJ). All vocals and all instruments were performed and played by JStJ. All audio engineering, recording, tracking, mixing and mastering by JStJ.

With insightful, emotionally engaging lyrics and a sound all his own, Joseph St. John’s "No Second Chances" is a pure example of one man and his music.

From the first downbeat of the EP’s opening track “Missed Opportunity,” it has a sound all its own. Nothing cookie-cutter or overproduced, just right to the point. The downbeat is quickly followed by the opening lyric “I saw Jesus hitchhikin’ on the side of the road, holdin’ a sign that asked, goin’ up?”

As for songwriting, Joseph said, “It’s all about the song - no amount of production or polish can fix a poorly written song. You've got to start with something special.”

Joseph goes on to showcase his approach with the remaining tracks, including “Shaky Ground,” “Time Is All I Have” and “A Better Man,” proving that the art of music is alive and well.

"It’s all on me. If you love it or hate it, you know who to call," laughs Joseph.

An all-original country music sound from Joseph St. John’s head, to his hands, to the listener's ears, courtesy of 711 Records.

711 Records believes in authentic, original, honest alternative-country music. Supporting a unique culture of “Black Hat” country music, true to who you are, how you feel and The Art of Music. 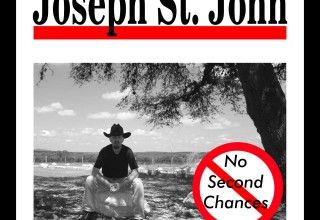 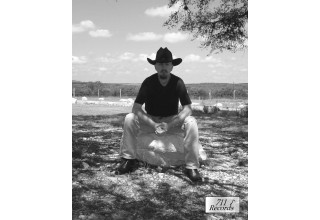 711 Records believes in authentic, original, honest, alternative-country music. Supporting a unique culture of "Black Hat" country music, true to who you are, how you feel and the Art of music.