The partnership aims to repopulate the scarlet macaw in Costa Rica's Nicoya Peninsula, with select habitats to be located on-site at Rythmia. 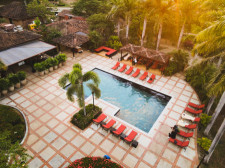 "Through the partnership, we'll be able to better protect and set up new homes for the macaws, with two nests located onsite at the resort," said Gerard Armond Powell, CEO of Rythmia Life Advancement Center. "Rythmia is an ideal habitat, offering a secluded, tropical location with the peace of mind that comes with proper security. We are thrilled to work with Nicoya Macaw Project to create a space dedicated specifically for these birds' care and facilitate the repopulation of the species."

Although it is not on the list of endangered species, the scarlet macaw population has seen a significant decrease in the past several decades. The decline of the scarlet macaw in the region is largely attributed to two factors: the capture of birds for sale and deforestation.

"Unfortunately, years in captivity and human dependence mean many scarlet macaws can never be returned to the wild," said Ismael Carranza Ortiz, Tropical Biologist with the Nicoya Macaw Project. "However, they will be instrumental in our efforts to repopulate the species, as young birds can be released after adapting to the climate and surrounding area. We are planning to accomplish the controlled reproduction utilizing two areas on the resort property set aside specifically for the macaws."

A new generation of macaws is released once they are old enough to have an independent life and have acclimated to the area. Birds are released in Avellanas Beach and their development is closely monitored via identification chips to ensure the continuity of the species. Macaws are completely monogamous, remain in pairs for life, and can live up to 75 to 80 years.

My Spiritual Vacation is a travel agency that specializes in unique experiences. We are focused on spiritual and health-based life-changing vacation experiences. Currently, we are marketing the Rythmia Life Advancement Center in beautiful Costa Rica. 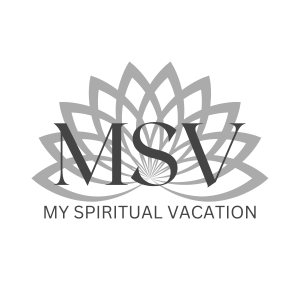