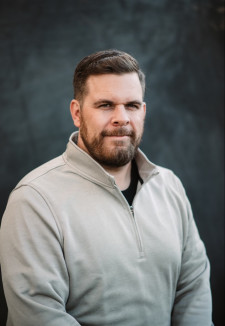 DENVER, January 27, 2022 (Newswire.com) - Controlled Products Systems Group (CPSG), the leading nationwide distributor of perimeter access control products, is pleased to announce Ken Sittman has been promoted to President, replacing Brendan Lyons, who has taken on an opportunity outside CPSG.

Ken has served in numerous leadership roles during his more than 15-year career with CPSG. In his most recent role as Director, Operations, Ken managed the nationwide operations for CPSG, including branch operations and Supply Chain across our 35-branch footprint.

Ken joined CPSG in 2007 as Assistant Branch Manager, moving to West Coast Purchasing Manager in 2012. In April 2014, Ken accepted the role of Branch Manager in Washington, D.C., and served as Northeast Regional Manager. Ken was later promoted to Director, Supply Chain, where he played an integral role in shaping how CPSG manages its inventory and replenishment systems.

"It has been a tremendous honor to serve as President of CPSG over the last several years, and I am incredibly proud of everything our team and company has been able to accomplish," said Brendan Lyons, former President, CPSG. "Ken has proven to be a phenomenal industry leader and is absolutely the right person to lead this organization and build on this momentum. I am confident that he will be a driving force in growing the business while delivering the very best products and services to CPSG's customers."

Ken holds a BA in Political Science from Cal State San Marcos and an MBA from University of Maryland-Global Campus. Ken resides with his wife and two sons in Chicago, Illinois.

Controlled Products Systems Group (CPSG) is the largest wholesale distributor of perimeter access control equipment in the U.S. With 35 locations, CPSG supplies equipment to authorized dealers from coast to coast. CPSG offers the highest quality, most widely recognized brands of access control products available on the market. The industry leader in product knowledge and technical support. For more information on CPSG's products and services or to find a location, visit controlledproducts.com.