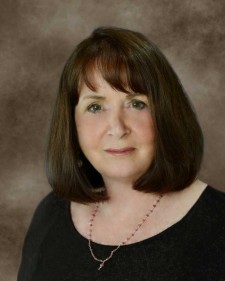 Washington, DC, May 18, 2017 (Newswire.com) - The U.S. government awarded $1.6 million to consumer advocate Sandra Jolley, a prominent critic of predatory reverse-mortgage lenders, in recognition of the role she played in blowing the whistle on improper practices by Financial Freedom, a lender and loan servicer that was run at the time by Steven Mnuchin — who, in a Trump-era twist, now heads the U.S. Treasury.

Ms. Jolley’s award is the maximum allowed by the Financial Institutions Reform, Recovery, and Enforcement Act of 1989 (FIRREA), which encourages whistleblowers to reveal fraud that affects federally insured financial institutions. It was based on Financial Freedom’s May 16 agreement to pay the United States more than $89 million to resolve matters including Ms. Jolley’s claim that the company illegally foreclosed on many homes that were subject to reverse mortgages and then made inflated claims for reimbursement from a government insurance fund.

A reverse mortgage is a home-equity loan, usually government-insured, that allows older homeowners to stay in their homes for life while giving them extra income. Repayment is triggered by events including the homeowner’s death, after which servicers may foreclose on a property if borrowers or their estates can’t satisfy the loan.

The federal government regulates the foreclosure process via strict timelines and a few modest consumer protections — regulations that Ms. Jolley said were trampled by Financial Freedom. In her FIRREA declaration, filed in 2014, Ms. Jolley supplied evidence that Financial Freedom had obstructed repayment options and accelerated foreclosure to push older people, often freshly bereaved, out of their longtime homes at a rate far higher than other servicers.

The Employment Law Group® law firm represented Ms. Jolley in her FIRREA action as part of its growing whistleblower practice.

Ms. Jolley’s involvement with reverse mortgages began with her parents’ traumatic experience with Financial Freedom. As a result of that experience, she started helping other homeowners and their families as a reverse-mortgage suitability and abuse consultant. Her hard-won expertise has saved hundreds of older people from losing their homes — and now has returned nearly $90 million to the government.

Ms. Jolley’s reverse-mortgage consultancy is based in Oxnard, Calif., and helps homeowners nationwide. Her Web site, elderfinancialterrorism.com, features advice for homeowners who are considering reverse mortgages, or who are fighting wrongful servicing or foreclosure practices.

“Sandy is an amazing example of someone who gained deep knowledge via personal hardship, and now puts her learning at the service of others in the same situation,” said David L. Scher, a principal attorney at The Employment Law Group. “It’s appropriate that she has been rewarded by the government, because she certainly saved it a bundle. It’s a sad irony, however, that Financial Freedom’s settlement payment goes into coffers overseen by Mr. Mnuchin, who was guiding Financial Freedom while all of this occurred.”

At the time of the events highlighted in Ms. Jolley’s FIRREA declaration, Financial Freedom was a part of OneWest Bank. Mr. Mnuchin was an owner of OneWest and served as its chief executive officer, a tenure that earned him the nickname “The Foreclosure King.” OneWest’s aggressive squeezing of homeowners wasn’t limited to elderly clients with reverse mortgages: An investigation by California’s Department of Justice, for instance, found evidence “suggestive of widespread misconduct” in OneWest’s handling of regular mortgages after the 2008 financial crisis, too.

In 2015, Mr. Mnuchin led the sale of OneWest to CIT Group for $3.4 billion, reportedly receiving $380 million as his slice of a deal that went sour almost immediately: The new owner was forced to create a growing reserve to account for Financial Freedom’s misstatement of money due from the government — a matter that was also investigated by government regulators. Today’s settlement appears to be the first time Mr. Mnuchin’s former company has paid the government in connection with wrongful foreclosures. Alone among major banks, OneWest refused to settle with regulators in a separate probe of the mortgage crisis, forcing its small borrowers to resolve their cases individually.

“Today’s settlement is a long-overdue step toward accountability at Financial Freedom,” said Ms. Jolley. “This company still services approximately 80,000 reverse-mortgage loans, and those consumers will need proof that it has changed its ways. Financial Freedom must start treating reverse-mortgage regulations as crucial protections for their own customers — not as obstacles to be overcome.”

She also noted that Financial Freedom is not the only reverse-mortgage servicer that has taken advantage of older homeowners.

“This is an industry that makes more money when consumers don’t understand or exercise their rights,” said Ms. Jolley. “The fate of Financial Freedom may serve as a deterrent for some, but unfortunately reverse-mortgage abuse is still common and many seniors continue to lose their homes unnecessarily.”

Sandra Jolley and David L. Scher are available for interviews about this case. Contact Mr. Scher at 202-261-2802 or dscher@employmentlawgroup.com.

About The Employment Law Group

About The Employment Law Group, P.C.

The Employment Law Group® law firm represents whistleblowers and employees who stand up to wrongdoing in the workplace. Based in Washington, D.C., the firm takes cases nationwide.