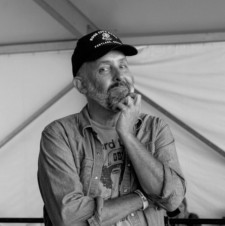 LOS ANGELES, September 16, 2021 (Newswire.com) - Consequence Media, a top 25 music and entertainment company according to Comscore, has appointed Charles Raggio as its Head of Partnerships.

Raggio began his career as an artist manager, record label co-founder, and music supervisor, before transitioning to brand partnerships. In his previous positions at TuneIn Radio, Pandora, and MOG/Beats Music, Charles has managed multi-million dollar campaigns for clients including Lexus, SONOS, Red Bull, Toyota, Bose, MasterCard, T-Mobile, StubHub, US Bank, and Comcast. Raggio has also worked as an executive producer of custom digital radio stations, branded podcasts, and live-streamed broadcasts for a number of major music festivals, including South by Southwest, Firefly, Newport Folk Fest, Outside Lands, and Stagecoach.

At Consequence Media, Raggio will be responsible for advancing relationships across the entertainment ecosystem while leading brand partnerships, including sponsorship sales and marketing, branded content activations, experiential marketing, and audience development opportunities.

"We are thrilled to be adding Charles to the Consequence Media team,'' says Sajan Shiva, CEO of Consequence Media. "Over the last 20 years, Charles has established himself as a force in the partnership space, developing strategic alliances with some of the largest media companies and brands. His addition bolsters Consequence Media's sales and marketing team, which over the last decade has emerged as one of the industry leaders in digital media and marketing."

"As a fan of Consequence's voice for more than a decade, and having built partnerships with the company from the outside, I could not be more delighted to join this well established organization and extremely talented team," Raggio said. "Creative development is at the core of editorial-first companies and I'm excited to find organic ways for brand partners to help advance the careers of musicians, artists, and even filmmakers. My goal is to build on the company's achievements of the past 14 years and am excited about what Consequence can do in the live music space in 2022."

Our flagship publisher Consequence (formerly known as Consequence of Sound) — delivers award-winning branded and experiential activations, critically acclaimed content, exclusive scoops, and cutting-edge video. Established in 2007, Consequence is visited by more than 8.5 million unique visitors monthly and ranks among the most visited and engaged digital pop culture publications. Consequence is based in New York, and is owned and operated by Consequence Media.