Defense Attorney Steven Rodemer was named for the fourth year as a "Rising Star" by Super Lawyers, Colorado 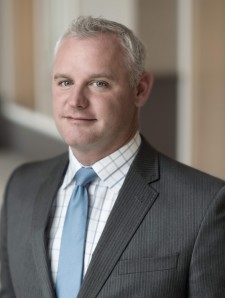 COLORADO SPRINGS, Colo., August 6, 2018 (Newswire.com) - Colorado Springs Criminal Defense Attorney Steven Rodemer has been selected to the 2014, 2015, 2017 and now 2018 Colorado Rising Stars list by Super Lawyers. Each year, no more than 2.5 percent of the lawyers in the state are selected by the independent research team at Super Lawyers to receive this honor. You can view Steven Rodemer’s Attorney profile at SuperLawyers.com.

Super Lawyers, a Thomson Reuters business, is a rating service of outstanding lawyers from more than 70 practice areas who have attained a high degree of peer recognition and professional achievement. The annual selections are made using a patented multiphase process that includes a statewide survey of lawyers, an independent research evaluation of candidates and peer reviews by practice area. The result is a credible, comprehensive and diverse listing of exceptional attorneys.