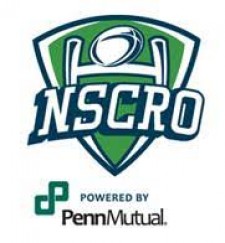 All four games, as well as the awards ceremony Sunday afternoon, will be live streamed and available for free on the new NSCRO Women’s Rugby YouTube channel, available at https://www.youtube.com/channel/UCVk-w_Eqwtq_bg0LDWPgPxA.

Wayne State is returning to this year's championship with hopes of making this their third win in a row. Minnesota State – Moorhead was the 2015 National Champion and is hoping to unseat Wayne State, while both Salve Regina and Catholic University are making their NSCRO National Championship debut this weekend.

In other college rugby action this weekend, NSCRO’s men’s 15s competition heats up this weekend with the Region2/Mid-Atlantic South Regional Championship at the Raleigh Rugby Club in Raleigh, North Carolina.

Sunday at 10 a.m. Eastern, the third and fourth place teams will match up, with the championship final slated for 12 Noon.

All the men’s matches and the award ceremony will be live streamed and available for free on the NSCRO Men’s Rugby YouTube channel, at  https://www.youtube.com/NSCRORugby.

About NSCRO:
Since 2007, the National Small College Rugby Organization (NSCRO) has been at the forefront of fostering and developing small college rugby programs in the United States. NSCRO is a non-profit organization dedicated to providing services to small college programs that raise the profile, image, and benefits of collegiate rugby in the eyes of school administrators. Comprised of nearly 400 men’s and women’s college rugby clubs who participate in more than 30 leagues, NSCRO provides an opportunity for these programs to showcase their abilities to a broader audience with a chance at a national title and ranking. Along with recognizing club and player success on and off the field, the increased visibility NSCRO creates has led to improved school support, greater on-campus interest in rugby, and growth in financial support and alumni involvement.  Additional information about NSCRO and its programs is available at https://www.nscro.org.