CMHR Calls for Change at the Oregon State Hospital 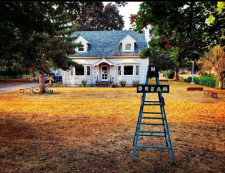 PORTLAND, Ore., August 23, 2022 (Newswire.com) - The following is an open letter from Citizens for Mental Health Reform on sensible mental health reform in the State of Oregon with the Oregon State Hospital.

We understand that OHA has been working with various stakeholders (e.g., OCAC) through its Office of Consumer Activities to address these disparities, and I thank you for that. However, we fear that members of our community who find themselves in the unenviable position of being committed to the Oregon State Hospital have been, not only overlooked, but forgotten.

Shortly after the departure of the former OSH Superintendent, Greg Roberts, the Oregon State Hospital began a slow, but steady, path of transformation from a forensic psychiatric hospital into an extension of the Oregon Department of Corrections. Many veteran staff can testify to the adverse impact these changes have had on treatment and care at OSH.

We think it might be helpful if we all regularly reminded ourselves that no one is at the Oregon State Hospital because they've been convicted of a crime. There are people who have pending charges, and there are people who've been adjudicated guilty except for insanity, but the first group is supposed to be afforded the consideration of innocence until guilt is proven, and the latter is adjudicated, not convicted, because of a medical condition (i.e., a qualifying mental disorder). Everyone at OSH, regardless of commitment type, is understood to be placed in the care of the State in order to receive the best psychiatric care available in a compassionate and trauma-informed setting that honors and respects their humanity.

The influence and impact of sanism is often insidious and goes unrecognized except by those directly impacted and their allies. I hope that OHA will commit to identifying and remedying systemic sanism and, more importantly, take a strong anti-sanist stance.

Thank you for taking the time to read our thoughts and concerns.