Nick Clemente, candidate for Delegate in Virginia's 10th District, issued a statement today condemning his opponent's campaign tactics regarding his efforts as a consultant to save healthcare benefits for union workers at risk of losing their pensions.

LEESBURG, Va., September 8, 2021 (Newswire.com) - Nick Clemente, candidate for Delegate in Virginia's 10th District, issued a statement today condemning his opponent's innacurate campaign tactics and lies regarding his efforts as a consultant to save healthcare benefits for union workers at risk of losing their pensions.

Between 2013 and 2016, Clemente exclusively worked on passage of the Miner's Protection Act with Senators Warner and Kaine and the entire Virginia Democratic Congressional delegation. This important legislation was a UMW union-backed bill focused on fulfilling government promises to retired mineworkers and their widows to protect their healthcare and pensions.

"I was proud to work with many great Virginians from both parties to put people above politics and do what was right for workers," stated Nick Clemente.

Senator Mark Warner promoted the legislation by stating, "To no fault of their own, these workers who have sacrificed so much in exchange for a guaranteed pension and benefits are at risk of spending their retirement in poverty if this pension plan fails. That would be catastrophic."

Senator Tim Kaine echoed Warner, "Virginia's retired coal miners and their families should not have to worry that their hard-earned pensions and healthcare benefits are at risk. We made a commitment to these miners, and we must work to ensure they are protected from forces outside of their control. I'm proud to support this bipartisan bill that will protect the livelihoods of thousands of Virginians."

About Nick Clemente for Delegate

Nick Clemente brings a fresh approach to politics that is genuine, sincere, and dedicated to knowing the people of his district and representing ALL in Richmond. 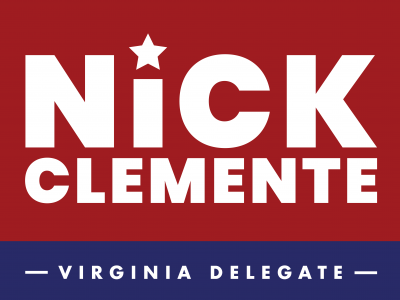