MADISON, Wis., April 10, 2018 (Newswire.com) - SYNDÉO, a company based in Madison, WI, successfully completed the third phase of a trial with the City of Austin, Texas. The trial consisted of demonstrating their Smart Vaults as a secure and unobtrusive home for Smart City technologies. The primary purpose of the trial was to demonstrate their waterproofness and thermal management features when housing small cell radios, beacons, battery backup for traffic signals and other Smart City technology deployments. The Smart Vaults were placed under ADA curb ramps on the northwest corner of 8th and Colorado Streets during a reconstruction project. They remained dry during Hurricane Harvey that dumped nearly 8 inches of rain in five days. They also operated flawlessly during 100+ degree F summer heat.

When asked about the trial, Gary Henshue, co-founder and president of SYNDÉO stated, “We thank Austin for providing us the opportunity to test and showcase our Smart Vaults. We are about helping Austin and other cities to enable their street intersections, sidewalks, and terraces to securely and unobtrusively house the anticipated tsunami of small cell and Smart City technology deployments. In densified areas, cities are running out of space. Visual clutter and safety are concerns.” 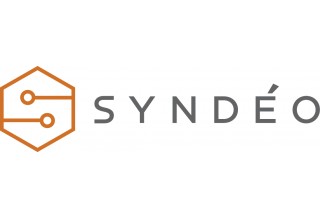 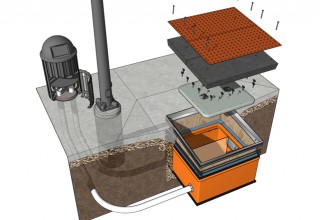 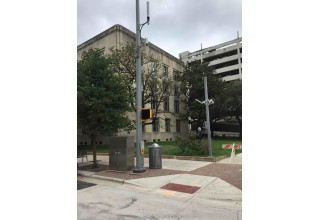 SYNDÉO offers cites and wireless carriers a waterproof and environmentally controlled concealment solution for the deployment of small cells and other smart city technology under ADA curb ramps, sidewalks and terraces.