COLUMBUS, Ohio, October 10, 2018 (Newswire.com) - Circular Wave Drive (CWD), a technology company that manufactures compact speed-reducing gears for robotics and applications, announced today that it has completed the SIASUN x HKSTP Robotics Accelerator Program in Hong Kong, China. The program teaches overseas startups how to thrive in Asia’s startup ecosystem and markets. CWD was the only United States-based company to have been admitted into the program this September; only five companies were accepted overall. Following its participation in the program, CWD was invited by HKSTP to open its initial offices there this month.

“Circular Wave Drive is honored to have been selected for the SIASUN x HKSTP Robotics Accelerator Program,” said Flavio Lobato, CEO of CWD and founder and principal of Ikove Venture Partners. “Involvement in this prestigious program will expand our company’s growth in the robotics industry, specifically in Asian markets, and is vital to nurture and expand our relationships in China.”

CWD’s involvement in SIASUN x HKSTP Robotics Accelerator Program follows the company’s expansion to Hong Kong. Being located at the Hong Kong Science Park will align with CWD’s innovative approach and further advance the company’s speed-reducing technology. The company is also announcing the hire of its new VP of Engineering, Dr. Shan Guan.

Prior to joining CWD, Dr. Guan was a principal consultant at DNV GL, a global quality assurance and risk management company, where he worked on sensors and risk modeling. He also worked at Eastman Kodak Company for a variety of positions, including senior scientist, group leader, senior MEMS integration engineer and senior manufacturing engineer. Dr. Guan has over 14 years of experience in manufacturing and robotics, has published over 50 papers and been awarded more than 10 patents.

The addition of Dr. Guan to the CWD team is a strategic decision that aligns with the company’s overall growth and business goals. His focus will be on managing the design for manufacturing (DFM) process as well as being a leader and resource for key technical hires that will be based in Hong Kong.

“DFM is an essential component for early-stage companies to quickly pivot to avoid potential problems and remain at the forefront of tech innovation,“ said Dr. Guan. “I look forward to leveraging my industry knowledge and expertise at CWD to further support the company’s expansion in Asian markets.”

About Ikove Venture Partners
Ikove is a venture development company founded to pursue early-stage investments with an emphasis on technology commercialization in the Midwest. Through its proprietary Startup Nursery, in partnership with multiple U.S. research institutions, Ikove identifies and validates developing high-impact technologies, providing capital and resources to bridge the commercialization gap between lab and market. Over the last three years, Ikove has successfully launched 10 technology companies and created over $100 million in equity value through its Startup Nursery, which focuses on nurturing and growing concepts into companies. 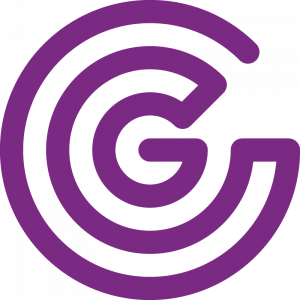 Copyleaks Officially Launches First-of-Its-Kind Multi-Language AI Content Detection Solution With 99 Percent Accuracy
The company expands its product portfolio with the only enterprise solution designed to detect whether digital content was written by a human or generated by AI, including ChatGPT
Geben Communication - Jan 12, 2023