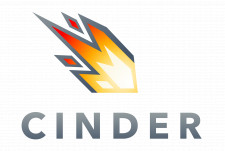 SALT LAKE CITY, May 24, 2022 (Newswire.com) - Cinder Studios, Inc., the creators of Cinder (https://cinder.io), a Solana-based metaverse that is explorable immediately upon ownership of one of its NFTs, announced today that it has raised Series A funding from Animoca Brands (https://animocabrands.com).

Cinder is an immersive and visually stunning MMO that's home to a deeply engaged social community whose members will be able to design, generate, and own the tokenized content they create. Cinder NFT owners are already expanding their social circles in the virtual world, and will soon be able to earn real cryptocurrency through play-to-earn battle mechanics and the creation of new avatars, environments, and other content using Cinder's robust creator tools.

Animoca Brands is a global leader in gamification and blockchain with a large portfolio of over 200 investments in NFT-related companies and decentralized projects that are contributing to building the open metaverse.

The new funding announced today will be used to execute on Cinder's exciting product roadmap, including staking, play-to-earn gaming, new avatar mints, and the launch of its own proprietary currency.

Michael Lopez, CEO of Cinder Studios, Inc., commented, "We are thrilled to be partnered with Animoca Brands in our journey to become one of the pre-eminent gaming experiences on the Solana blockchain. Our team is comprised of gaming industry veterans who are excited about web3 and the ability to finally convey true digital property rights to our players who spend countless hours creating and customizing their own content. Cinder will be THE creative playground for those who want to game, socialize, collect, explore, and earn; all within a graphically rich social environment."

Yat Siu, the executive chairman and co-founder of Animoca Brands, commented, "It is exciting to support Cinder and its experienced management team. Cinder's day-1 operability and accessibility, and its foundation on Solana, one of the most promising blockchains, highlight this game as a major entry in the advancement of digital ownership and the open metaverse."

Perhaps one of the most intriguing utilities of Cinder is that it is already built. With over 30 months in development and over $6 million USD invested, players will not have to wait months or even years to begin exploration; they are able to start within minutes of purchasing a Cinder NFT. In February, the player community minted all 4,444 of the genesis Cinder Fae avatars, the first in a series of characters to be introduced this year. These avatars, along with others that players themselves will be able to design and tokenize, will play an integral role in the capture/train/battle play-to-earn mechanic that will debut later this year.

Cinder is a blockchain-native gaming metaverse created by the game industry veterans who formed Cinder Studios, Inc. in 2022 after operating it as a division of WildWorks, Inc., the parent company founded and operated by the team since 2003. Citizens of Cinder enter the world through collectible Solana NFT avatars that enable owners to access the game's exclusive Play-to-Earn and Create-to-Earn features. Launched in February 2022 with a sold-out mint of 4,444 genesis NFTs, Cinder's 2022-23 roadmap has attracted the attention of premier web3 influencers and investors, culminating in Series A investment led by Animoca Brands. 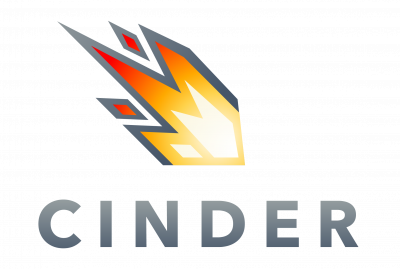