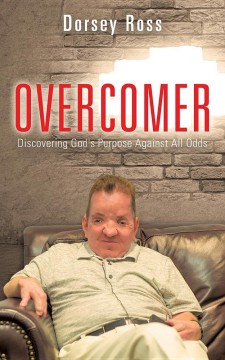 The book takes the reader back in time to a place when Dorsey’s birth took his parents by complete surprise. His parents had lost two children because of birth defects previously (both boys), and when they discovered their newborn son also had a birth defect, they were faced with a choice about how to proceed.

It was through their great faith in God, and in the plans He had for Dorsey that caused them to move forward in giving Dorsey all of the support and encouragement he needed. They declined the paperwork to have their son committed to an institution, and instead, they chose to search for surgeons who would be able to offer their son hope for a normal life.

Dorsey discusses his childhood throughout the book, including the various surgical procedures he underwent and the love and attention he received from his parents. He discusses many of his adventures throughout his younger years, and as he grew older, he realized just how mightily he needed to depend on God for all of his needs in everything he did.

Overcomer: Discovering God’s Purpose Against All Odds is a story that should bring hope to all who are struggling with understanding God’s plans for their lives. It is apparent that Dorsey was faced with challenge after challenge while he was growing up, and on into his adult years. With each challenge he faced, God took the opportunity to show Dorsey that He was real, and that he was guiding his every step, regardless of his disability.

Apert Syndrome is a condition that prevents the skull from growing correctly, and it has a profound effect on the shape of the individual’s face and head. It also affects the fingers and toes, often causing some of them to become fused together during early development in the womb. Dorsey met others who were diagnosed with Apert Syndrome, and while many of them faced prognoses that were bleak and unsettling, he comforted himself with the promise of Jeremiah 29:11, which stated that God knew the plans He had for Dorsey, and they were good plans.

During his adult years, Dorsey had to make some difficult decisions. He longed to attend college and even enter into the ministry. Yet, he was unsure of God’s direction for his life. Overcomer: Discovering God’s Purpose Against All Odds is the story of how God revealed His perfect plan to His servant, and it’s the story of how Dorsey embraced it with determination and complete faith.

Dorsey is actively seeking opportunities to present his story to those who are struggling with their faith, or who may be on a journey to discover their own purposes in light of their individual challenges. He is available for book signings and speaking engagements.

Members of the media are encouraged to contact Rev. Dorsey Ross for questions or comments regarding his book at (347) 886-0502. Information is also available on Facebook by visiting: https://www.facebook.com/dorseyrossovercomer/.

I am an evangelist, and I travel around speaking at different churches.