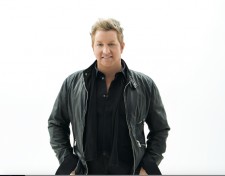 As a member of the RATE Network, Chris Colgan of the Colgan Team Remax Regency is proud to announce that he is now exclusively endorsed in Northern Virginia by the lead singer of Rascal Flatts, Gary LeVox.

"Gary was the perfect choice. Great song, great message, and one of the most identifiable voices in Nashville."

This market-exclusive radio endorsement also incorporates the music of Rascal Flatts, featuring  “I'm Moving On”, which was awarded ‘Song of the Year’ at the 38th annual Academy of Country Music awards in 2002.

RATE President Matt Wagner's concept for using the song I'm Moving On to endorse real estate agents began with a desire to help home sellers ease the stress of moving into their next home, and connect them with top real estate agents that can help them handle the challenges associated with buying or selling their home.  “Since the formation of our company, we have held to a very high standard of the real estate agents we choose to work with, since we respect the fact these well respected personalities both local and nationally, are putting their stamp of approval on our clients”, said Wagner. “Gary was the perfect choice. Great song, great message, and one of the most identifiable voices in Nashville.”

The combination of I'm Moving On's melody and heartfelt lyrics, combined with LeVox's personal endorsement, takes radio's ability to create theater of the mind to a whole new level of influence with Country format listeners.

23.4 million album sales; 33.7 million downloads; 16 #1 songs; 40 industry awards; 5.9 million Facebook followers; New Rascal Flatts album “Back To Us” scheduled for release May/1; 9 Lead single from the new album entitled "Yours If You Want It", most added single on Country Radio in 2017

About the Colgan Team - Chris Colgan is the CEO and Team Leader of the Chris Colgan Real Estate Team. Chris was born and raised in Gainesville, Virginia and has been in real estate for 12 years. He is a member of the Re/Max Hall of Fame and is in the top 15 for sales in the state of Virginia out of all Re/Max agents. He has been recognized as one of the United States’ and Canada’s Top 500 Marketing Experts by the National Association of Expert Advisors.