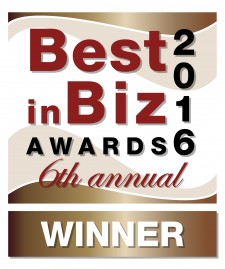 MIDWEST CITY, OKLAHOMA, December 19, 2016 (Newswire.com) - Chet Dodrill has been named a bronze winner in Finance Executive of the Year in Best in Biz Awards, the only independent business awards program judged by members of the press and industry analysts. Dodrill has served as the Chief Financial Officer (CFO) and now Chief Administrative Officer (CFO) for the growing Oklahoma-based Chloeta for five (5) years. Chloeta is an international leader in wildland fire, aviation and all-hazards incident management with locations in California, Idaho, Oklahoma and Florida.

“We’re pleased that Mr. Dodrill’s dedication to service and excellence was recognized in this public format by Best in Biz. He’s been an integral part of the growth of our firm in recent years,” stated Chloeta CEO Mark Masters from their Oklahoma City headquarters.

For a full list of gold, silver and bronze winners in Best in Biz Awards 2016, visit: http://www.bestinbizawards.com/2016-winners.

Chloeta is the international leader in aviation, incident management and logistics services with offices in California, Idaho, Oklahoma and Florida.