On July 14, participants made the first official stop in the town of Zhuxian located near the city of Kaifeng in eastern Henan province. 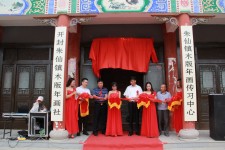 Kaifeng, China, August 4, 2017 (Newswire.com) - China - Kaifeng Zhuxianzhen Woodcut New Year's Paintings Group and China's First Culture Investment Bank have joined together to spread cultural heritage through the ‘Belt and Road a Journey to the West’ initiative. The participants engaging in this initiative made their first stop in Kaifeng Zhuxian Town on July 14. The journey includes a team carrying a dozen Buddhist Woodcut New Year paintings, including ‘Full Buddhas Drawing’ created by Wang Yangming.

Leaders from the town of Zhuxian, city of Kaifeng, and the Xiangfu District, as well as other dignitaries, were there to witness the ‘The Belt and Road’ cultural heritage launch. Wang Guojie, mayor of Zhuxian, awarded a flag to the cultural team in support of their journey. The art carried was created by the famous contemporary calligrapher and seal carving theorist Li Gang Tian.

“This is a monumental journey that highlights our national cultural heritage, and with it, the identity and pride of this nation,” says the leader of Kaifeng Zhuxianzhen Woodcut New Year's Paintings Group. “It’s important to protect the cultural heritage of the nation to celebrate past glory, protect today's resources, and show hope for the future.”

Kaifeng Zhuxian Town Woodcut New Year's Paintings Group has been committed to exploring and protecting paintings and other art from the town. Through research and development, representatives from the group have been able to connect with older local artists and help restore some of their artwork. The paintings have been restored using pure plant minerals, which retains the traditional quality but does not fade and change characteristics of the original work. Thousands of pieces of this older folk art is known to be in the homes of those in the town. The group is working with a collective of local artists to track down these works of art and restore them to their original state as well as add new modern elements to this older art. 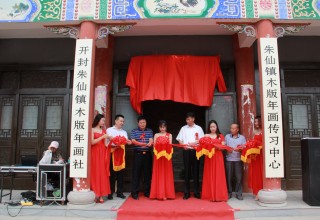 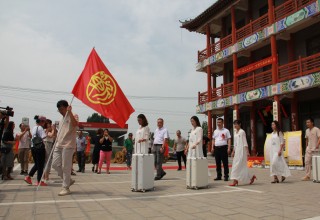 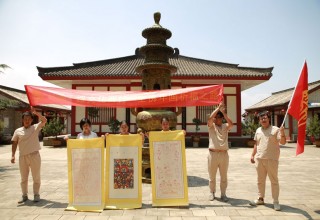 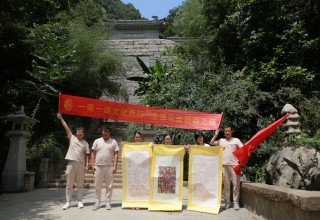