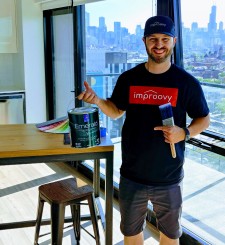 NAPERVILLE, Ill., December 10, 2019 (Newswire.com) - Improovy today announced the launch of its newest location in Naperville, IL, just in time for the holidays. Improovy is a Chicago tech startup that uses technology and decades of industry expertise to streamline the house painting process for Chicagoland homeowners. This new Naperville launch will be the highly rated painting company’s second flagship location in addition to its first location in Wicker Park.

Homeowners want to find reliable, affordable and available painters in Naperville and Chicago. But even for simple services like painting a few rooms before the holidays, it can be a hassle finding someone good that can take on the work and won’t charge a premium.

Improovy is one of the only Chicago painting companies that's able to provide homeowners an accurate, affordable, and hassle-free interior painting quote, online or over the phone in two minutes or less. In addition, they have a fully vetted, insured and highly rated painting crew ready to take on any Chicago or Naperville interior painting project (often within a week’s notice).

“With Improovy, you can finally trust that you’ll get the best quality, the best customer service and the best price without working that hard to get it. We want to be the perfect contractor for any home renovation you’ll ever need, and we began with the house painting niche because it’s what we know best.” -Improovy CEO, Andre Kazimierski​​

Indeed, having managed some of the fastest-growing and largest painting companies in the United States over the past decade,  Improovy’s founders know the ins and outs of the residential and commercial painting industry like no one else.

It comes as no surprise that Improovy’s flagship Chicago location has built a loyal following among homeowners near Wicker Park, Lakeview, Lincoln Park, and Bucktown in just a few month’s time. With over 24 five-star reviews on sites like Yelp, Google, and Houzz, Improovy is already one of the highest-rated professional painters in Chicago.

Frank G. on Google exclaims, “Improovy’s painters were on-time, hardworking, and it was a breeze working with them. My painting project was done with care and at a very high-quality level." He goes on to say, "The service is some of the best I've experienced working with any Chicago house painter (or contractor) to date.”

Given their initial success in Chicago, the entire Improovy team is excited to bring its brand of hassle-free house painting services to Naperville and surrounding Dupage County neighborhoods including Woodridge, Lisle, Aurora, Batavia, and Warrenville.

About Improovy Painters In Naperville IL

Improovy Painters in Naperville IL is a locally-owned house painting company that provides interior painting and drywall repair services to Naperville and nearby Dupage County neighborhoods including Woodridge, Lisle, Aurora, and Warrenville. 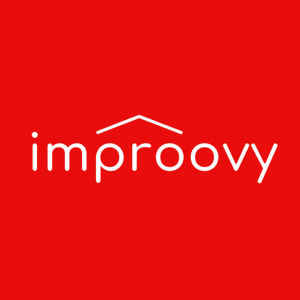