FOLSOM, Calif., December 6, 2018 (Newswire.com) - Chicago Fire, a restaurant group known for its guests' favorite Chicago-style pizzas in northern California, has rolled back its pricing to what it was in 2008. More information about the new prices and the menu are available on www.chicagofire.com.

After tremendous success in the past 15 years, Chicago Fire has committed itself to serve more guests in the Northern California region. The company that takes great pride in bringing the authentic taste of Chicago to the west coast, Chicago Fire has expanded rapidly to five locations with its famous Chicago-style pizzas. However, the company claims it can get difficult to dine out and genuinely enjoy the full range of cuisines out there due to the rising menu pricing. Therefore, to serve more families and give a more significant number of people an opportunity to experience a Chicago-style pizza, Chicago Fire has rolled back its prices to what they were ten years ago. A marketing campaign almost unheard of, this strategy is an attempt by Chicago Fire to make its menu more affordable for people and allow them to dine out without a second thought.

Understanding how dining out has become tremendously expensive, Eric Schnetz, founder of Chicago Fire, decided to change that. He has declared to rollback his menu prices to what they were in 2008 on select pizzas, salads, and other menus items so more people and families can visit the restaurant without having to think twice.

Founded in 2003 in Folsom, Chicago Fire is Northern California’s tribute to Chicago-style pizza. Since it opened its doors, Chicago Fire has grown to five locations in the Sacramento region. The company’s mission is to capture the fun and enthusiasm of an authentic Chicago-style pizza restaurant and bring it to the west coast. Information about the rollback on the menu prices can also be found on www.chicagofire.com. 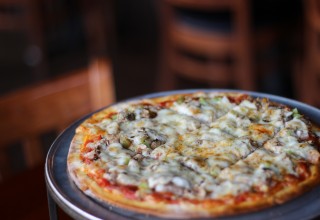