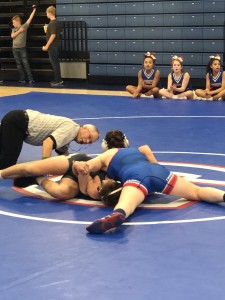 A short-term lending company, Check Into Cash has locations across the USA. Jones uses the success of the company to give back locally, particularly to wrestling programs. CIC even funds Higher Calling, the local kids' wrestling club that feeds into the middle school program.

“CHS is the only high school in Tennessee with two returning All-Americans and several State champs,” Jones said, “and this level of success starts with the kids’ program, Higher Calling. My wife, Janie, and I are proud of the fact that Josh Bosken, Coach of Higher Calling, is so good that families are relocating to Cleveland just to be part of the program, elementary through high school.”

One such family is the Fowlers, who relocated from Murfreesboro to Cleveland. Their mission? For twins Cy and Piper to join the best wrestling program in the South and continue their family wrestling tradition.

“I met their father when we were in high school,” said McKenzie Fowler, Cy and Piper's mother. “I was the wrestling manager, and he was on the team. We’ve been together ever since, and wrestling has too.”

Cleveland Middle is the reigning State champ and has only lost one dual meet in the past six years. Getting on the team is no easy feat.

Seventh-graders Cy and Piper had to wrestle their way onto the powerful middle school squad. In the challenge matches, Piper pinned two eighth-grade football stars.

Both can be seen working out seven days a week at the Jones Wrestling Center, a state-of-the-art wrestling center, donated by businessman Allan Jones. Jones donated money for both CHS and Bradley Central High School’s wrestling buildings. Not surprisingly, these two high schools have the winningest wrestling programs in the history of the state of Tennessee.

And while he’s seen a lot of things in wrestling through the decades, Jones insists that Piper is unique.

“Piper has to be the only undefeated female wrestling boys at this level in the South,” Jones said. “She’s absolutely phenomenal.” 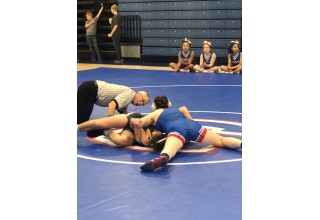 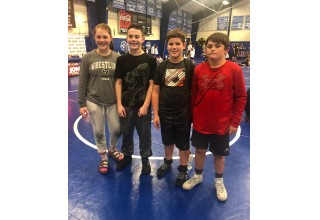 About Check Into Cash

A Generation of Tennesseans Mourns Loss of Talley
Check Into Cash - Jul 13, 2019
Newswire