CHICAGO, September 17, 2019 (Newswire.com) - CharacTour, a character-focused entertainment platform, announced today that it received U.S. Patent No. 10,419,820. The patent builds on the company’s key technology differentiator: recommending movies, TV shows, books, and video games based on who consumers are, not only what titles they have previously consumed.

Among the inventions in CharacTour's patent are techniques that relate to the way its platform sorts individuals into distinct “Personality Cohorts,” using the results of an interactive quiz. This Personality Cohort then helps CharacTour to suggest relevant content to the individual based on what users most similar to them enjoy. The patent also covers the company’s systematic methods of using natural language processing techniques and character-specific text to match users to characters and characters to each other. The patent was drafted and prosecuted by Pillsbury Winthrop Shaw Pittman.

CEO Kimberly Foerster explained the rationale behind the company's innovative personality-based recommendations: “Existing engines often robotically suggest similar entertainment content by analyzing plot data and title overlap on a two-dimensional graph. But they have left a critical third dimension completely unaccounted for. What consumers need is technology that also captures the human elements of emotional connection and serendipity.”

CharacTour’s data from over 350,000 registered users proves that strong links exist between fans’ personalities and the entertainment they love. For example, its insights show that Game of Thrones viewers don’t tune in solely for bloody battles, but because they feel personal bonds to their favorite characters.

Daenerys Targaryen fans on CharacTour generally describe themselves as “determined” and “organized.” They enjoy other shows featuring tenacious characters including The Good Wife with Alicia Florrick. Tyrion Lannister fans, who often self-report as “crude” and “cynical,” gravitate towards irreverent characters such as Erlich Bachman in Silicon Valley. Cersei Lannister fans say they are “intellectual” and sometimes “dishonest,” attracting them to characters with dark sides such as Fiona Goode in American Horror Story.

Foerster explains, “Those titles differ wildly from each other and have little in common with Game of Thrones in terms of its storyline. But that is CharacTour’s important insight: viewers often become a ‘super fan’ when they make a personal connection to a character at the heart of a story. People want to be the heroes of the stories they watch and read. That is why consumers shouldn’t be boxed in by plot and genre any longer.”

CharacTour is an entertainment matchmaker, dedicated to helping users fall in love with the media content they consume and the characters they spend their precious free time with. The discovery platform features personalized recommendations, 5,300+ character profiles, and hundreds of trivia and personality quizzes. In addition to continuing to grow its consumer-facing site, which has attracted 1.6 million unique users over the past 18 months, CharacTour seeks to bring its patented personalization technology to strategic partners. For more information, visit https://www.charactour.com. 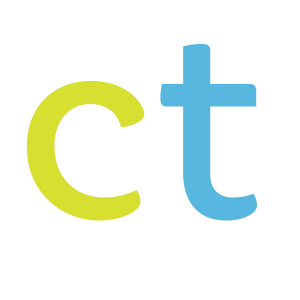