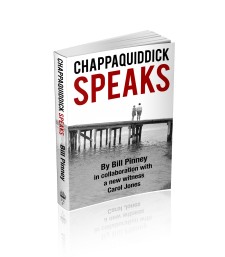 This book is clear, compelling, and often eloquent. Bill Pinney presents a rational case, with massive amounts of evidence, in support of a little-known theory of what happened on Chappaquiddick on July 18, 1969. The book's carefully researched technical detail, excellent graphics, and lucid organization make it all the more persuasive, as does its willingness to provide both arguments and counterarguments for all theories — including its own. You will not find a more credible examination of what happened on that night.

The Chappaquiddick incident of 1969 has been called "the most discussed traffic accident in history" and "the most brilliant cover-up ever achieved in a nation where investigative procedures are well-developed and where the principles of equal justice prevail." It is considered one of the great, unsolved mysteries of 20th century America.

There appear to be enthusiastic attempts to resurrect Edward Kennedy's image. A new Kennedy museum at the Kennedy Compound in Hyannis Port has a special room dedicated to Ted, our Democratic Party lauds his legacy and a new political thriller movie is in the works showing what Ted Kennedy "had to go through" in 1969. The theory these days, accepted by most, is that Kennedy was innocent of any serious wrongdoing. Either he was suffering from shock and should not be accountable for his actions, or Mary Jo drove off the bridge alone, or there was a real companion that Kennedy, his cousin, and a school friend were attempting to protect all these years through some sense of old-fashioned chivalry, to the detriment of their reputations and careers. The public indignation to the Chappaquiddick scandal, so passionate in 1969 and for a quarter century longer, seems to have all but disappeared.

Many friends implored Pinney not to write this book because of what it might do to the memory of a Great Man. "What's the point?" they asked. "Think of all the good things he did. It was just an unfortunate mistake. No one cares about Chappaquiddick now. There won't be any interest. You're a Democrat, for God's sake!" Before Bill put pen to paper, he assured family and friends that if the science did not back up the new witness' sighting, and what that sighting implied, he would abandon the effort. Bill had no wish to malign anyone's reputation if the evidence did not back up the accusation. But the forensic science and medical evidence back up the theory most strongly.

The Chappaquiddick incident is history, and, these days, attempts to ignore the historical record, or rewrite it, rarely succeed for long. Pinney was led, by the evidence, to accept that the underlying theory as set out in this book is true. As such, the truth has merit and should be told.

Bill Pinney was raised on Chappaquiddick and in Edgartown. He attended Columbia University in New York, graduating with a degree in philosophy in 1968. He was Editor/Publisher of The Andean Times, the English-language newspaper of Colombia, South America; Editor/Publisher of This is Ontario magazine in Canada; and a South American investigative reporter for The Sunday Times of London. His consuming interest is medieval history, with several books in the works since 1995. Bill has circumnavigated the world on his schooner, Rachel J. Slocum, and with his wife Raquel, divides his time between his boat on the high seas, historical research in England, France and home on Chappaquiddick.

"This book is clear, compelling, and often eloquent. Bill Pinney presents a rational case, with massive amounts of evidence, in support of a little-known theory of what happened on Chappaquiddick on July 18, 1969. The book's carefully researched technical detail, excellent graphics, and lucid organization make it all the more persuasive, as does its willingness to provide both arguments and counterarguments for all theories — including its own. You will not find a more credible examination of what happened on that night." — Ed Weathers, former Senior Editor, The New York Times Magazine Group

"Dr. Rod Cross of the University of Sydney did a yeoman's job on the physics, meticulously examining the available evidence and reconstructing plausible dynamical arguments for every physical aspect of the tragic accident." — Edward S. Ginsberg, Department of Physics, UMass, Boston

"As foreman of the Dukes Grand Jury on Martha's Vineyard at the time of the 'accident,' I have read most of the books and am well-acquainted with every theory. I am familiar with the people involved. I have also experienced firsthand the cover-up that ensued. Kennedy's account was implausible, and his actions perhaps criminal. Mr. Pinney has done an admirable job researching all the evidence. His connection with Chappaquiddick has enabled him to uncover new evidence, and he has enlisted experts to examine that evidence scientifically. I find this conclusion well thought out, unbiased, plausible, and, to my mind, likely to be close to what actually occurred." — Leslie H. Leland 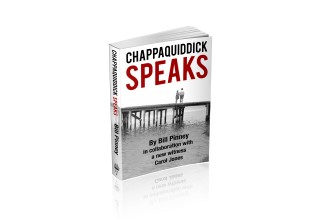 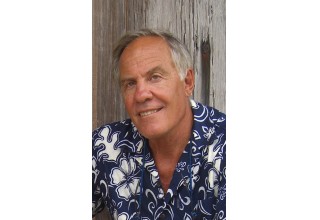