SAN DIEGO, January 21, 2019 (Newswire.com) - Challenger is changing the way people play online games by creating a unique on-demand approach for gamers of all skill levels to compete for money. It is built in a way that casual players can engage with one another in an on-demand way, meaning no tournament brackets and no scheduling required. Today players of online games are competing and trading digital assets (e.g., skins) as an alternative to direct money transactions. This market of converting skins back into money is fluctuating. In addition to uncertainty, this method of gaming is leading to a very risky endeavor, while also being difficult and time-consuming to arrange matches and the skin exchanges needed for real currency payout. Not to mention at times the lack of security and transparency with the transactions. Unfortunately, because of the previous lack of options, this complex process of skins “trading” is utilized by millions of people. However, Challenger Interactive, Inc. was officially launched in October of 2018 for "CounterStrike: Global Offensive" (CS:GO) and is growing at over 1,000 users a month. Now there is a new option to play and a way to avoid the unpredictability by using a streamlined, secure approach for all gamers to compete for real money.

Co-Founders and Co-Owners Chris Slovak, CEO and Chris Andres, COO believe that online gaming for profit should not be reserved for only the select few professional gamers. Now, there are over 2.5 billion video gamers from all over the world, and within North America alone there are an estimated 61 million core gamers (3+ hours played per week) over the age of 18 who play tens of billions of matches each year. These gamers have disposable income and are trying to find ways to profit from gaming or simply make things more exciting. Unfortunately, without a secure and trusted outlet, they’ve been forced to experiment with digital assets and other sub-optimal exchanges. Researchers estimate there will be a $12 billion cash gaming market by 2020. Challenger is leading the way towards decreasing the drawn-out process of skins trading, to instead compete for real money legitimizing this market in a legal and safe environment.

Challenger’s proprietary platform is unique in its approach to in-game reconciliation. Using a two client approach, Challenger processes massive amounts of data in real-time to determine the winner of a contest. Users can play against any number of players in a game at the same time and receive instant winnings and notification through an in-game overlay. Kill to kill, match to match, gamers are paid and notified. This eliminates the need for tournament scheduling, allowing casual and core gamers to jump in and play. All contests are peer to peer and use credits which are directly exchangeable to real currency, removing the need to trade skins. This easy to use, transparent and immediate payout approach is the first of its kind to market.

When talking with Slovak and Andres, their passion is clearly apparent. They always loved playing video games and wanted a new way to interact with their fellow gamers. So, the idea of bringing real money payouts to video games was ideal. However, the time it takes to set up and participate in tournaments or competitions wasn’t. They wished there was a service where they could jump on whenever they wanted to play video games, and compete. This wish is the reason that Challenger was born and why they strive to make video gaming exciting and potentially profitable for everyone.

Slovak and Andres want to revolutionize gaming by not having it just be “video gaming” but be considered interactive media being able to participate in it, not just watch it. For gamers, how well you play is a true skill, and that skill is now being researched and recognized within society. For those that play consistently but are not considered “professional” gamers, they want to test their skill with the bonus of making additional money. Challenger provides a unique approach of real-time casual play while making it for the masses, for anyone to pick it up and do it on his or her own comfort level. Slovak and Andres think it’s unique and with all the players currently playing, that it is.

Challenger evolved from the love of gaming. The Challenger team are gamers at their core and like most gamers love to have some friendly competition and the thrill of victory. 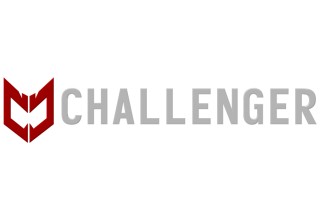 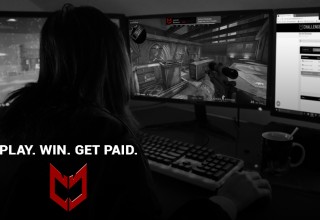 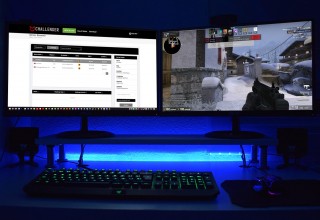