WATERSMEET, Mich., June 17, 2022 (Newswire.com) - The Chairman's Open was held at Lac Vieux Desert Northern Waters Casino Resort on June 11 & 12 at Watersmeet, Michigan, with 46 teams of four golfers participating in this year's two-day scramble event. The proceeds from the event are used to help facilitate a scholarship fund for the Lac Vieux Desert Tribal Member College Students and include many donations from participating area businesses, vendors, and community members. In a tournament that goes back to 2008, over the last several years more than 50 college students have been assisted with their ongoing educational needs from scholarship grants that have come from this tournament. This is an event that generally fills up nearly a year in advance of the actual tournament date and draws players and teams from numerous states, including members from other Tribal Nations.

A new twist to this year's event featured a demonstration version of Video King's and Parlay Games, Inc.'s brand new Class II Bingo TreasuresTM game, that the companies collaboratively developed, and which recently received GLI certification. The golfers played a game of Bingo TreasuresTM each day after golf for exciting cash prizes donated by Video King and Parlay. Each golfer received a free bingo card at the start of the golf each day and could make donations to the Charity throughout the day to receive additional bingo cards and have additional chances to win the Bingo TreasuresTM prizes.

"While we played a demonstration version of Bingo TreasuresTM for the golf tournament, we are currently putting together contracts with Video King to launch this tribally linked bingo product within our properties," said LVD Tribal Chairman James Williams Jr. "We have the same vision that Video King and Parlay have for linked tribal games, and we are super excited about becoming a founding tribal partner for this brand new Class Il linked bingo gaming platform, that will feature potential multi-million dollar weekly jackpots and fabulous guaranteed prizes," commented Williams. "Even Chairman Stevens from the Indian Gaming Association, who played golf in my event, got into the Bingo TreasuresTM game. While Chairman Stevens didn't ultimately win in bingo, he loves Class II games, and appreciates the innovative games that vendors like Video King and Parlay Games are developing exclusively for the Sovereign Indian Tribes in the U.S.," said Williams. 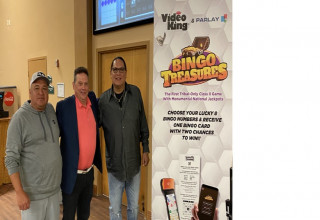 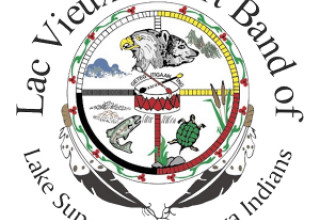 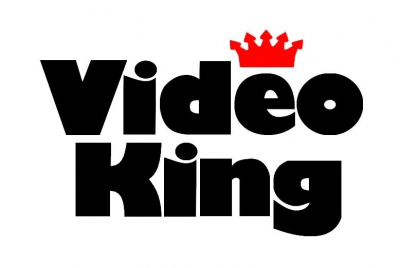