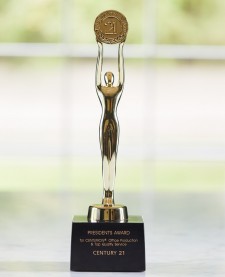 CALDWELL, N.J., February 12, 2019 (Newswire.com) - John Sass, broker-owner of CENTURY 21 Cedarcrest Realty, in Caldwell, N.J., announced his agency’s winners of CENTURY 21® and NJ REALTORS® awards for 2018, based on customer service and gross closed commissions, a sales benchmark in real estate. The winners were announced at the brokerage’s annual awards breakfast held at the Hampton Inn in Fairfield in January.

During his opening remarks, Sass reviewed the agency’s growth in the 10 years since it opened at the height of the Great Recession. In spite of the severe real estate market downturn at that time, CENTURY 21 Cedarcrest has maintained continued growth year after year; in 2018, the agency increased its sales volume by 23 percent over 2017, exceeding the goal Sass had set for his team. Cedarcrest Realty closed transactions in 57 New Jersey municipalities, ranking Number 9 out of 110 CENTURY 21® offices for sales production in its region, which comprises New Jersey and Delaware.

The Quality Service and Top Producer awards from CENTURY 21® will be recognized at the annual Greater New Jersey Brokers Council Gala in March. The Quality Service awards are presented to agents and offices that consistently provide high levels of customer service.

These are awarded based on real estate agents’ gross closed commissions (production) for the year.

·         CENTURY 21 President’s Award – Sass was most excited to announce that CENTURY 21 Cedarcrest Realty has won this coveted honor for the first time ever. It is given to producers, teams and offices that achieve both CENTURION® level production and the Quality Service Pinnacle Award in the same year.

Additionally, Frank Laratta and Susan McGarrity were recognized for being among the office’s top five agents in production last year.

“At the core of our team’s success is our agents building positive, long-term relationships with home buyers and sellers,” said Sass. “We are also big fans of the real estate technology available to us through the CENTURY 21® system, which my agents use to source and nurture leads more effectively and to better serve their customers. We also provide in-house training and development, with courses offered to agents at all levels of experience, which is helping newer agents build their skills and knowledge while our more experienced agents are refreshing theirs.”

John Sass joined the CENTURY 21® Real Estate System as a real estate associate in 1983, advanced to management in 1987 and became broker/owner of CENTURY 21 Cedarcrest Realty in 2009. Sass is a licensed broker in the State of New Jersey and a graduate of the REALTOR® Institute (GRI). 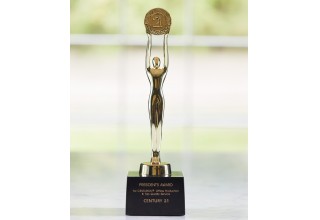 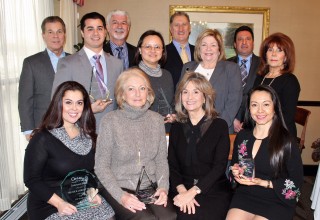