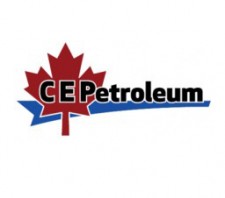 CALGARY, Canada, October 16, 2017 (Newswire.com) - Central European Petroleum Ltd (“CEP” or the “Company”) is pleased to announce that it has formally received sole title to the Guhlen Production License located in the eastern German state of Brandenburg. The Production License is the first to be awarded in eastern Germany since reunification and, at 330.3 square kilometers, is one of the largest in Germany. The initial term of the license is 30 years.

This award of the license is based on the test results obtained from the Company’s Guhlen-1a exploration well, drilled in late 2016, that produced approximately 1,670 BOE per day from a Permian Zechstein Stassfurt carbonate reservoir.

CEP is a private company headquartered in Calgary, Alberta primarily focused on the pursuit of petroleum exploration and production opportunities in Central Europe.

Securities Advisory. CEP is not a reporting issuer and CEP’s securities are not traded on any stock exchange in any jurisdiction, including without limitation, in Canada or the United States, and thus, is not subject to regulation by any stock exchange. This press release is not an offer of the securities for sale in the United States. The securities of the Company have not been registered under the U.S. Securities Act of 1933, as amended, and may not be offered or sold in the United States absent registration or an exemption from registration. This press release shall not constitute an offer to sell or the solicitation of an offer to buy nor shall there be any sale of the securities in any state in which such offer, solicitation or sale would be unlawful.

BOE Disclosure. The term barrels of oil equivalent ("BOE") may be misleading, particularly if used in isolation. A BOE conversion ratio of six thousand cubic feet per barrel (6mcf/bbl) of natural gas to barrels of oil equivalence is based on an energy equivalency conversion method primarily applicable at the burner tip and does not represent a value equivalency at the wellhead. All BOE conversions in the report are derived from converting gas to oil in the ratio mix of six thousand cubic feet of gas to one barrel of oil.

CEP is a private company headquartered in Calgary, Alberta primarily focused on the pursuit of petroleum exploration and production opportunities in Central Europe.